This article comes from our friends at Spirituality and Practice. They are starting an exciting new e-course that we think would be of interest to Darkwood Brewers.

by Frederic and Mary Ann Brussat

We’re offering a free gift to all Spiritually Independent people and those who love and welcome them. After reading about who they are in this article, click this link to claim your gift:

Let’s stop being so negative about the group that is transforming religion and spirituality in the 21st century. One-fifth of the American public — and a third of adults under 30 — do not identify themselves with a religion. Some of this number (6%) describe themselves as atheists or agnostics, and the other 14% say they have no particular religious affiliation. In an attempt to label the last group, two terms have emerged: “Spiritual But Not Religious” (SBNRs) and “Nones.” We don’t like either term. They categorize people by what they are not. We are interested in who they are. 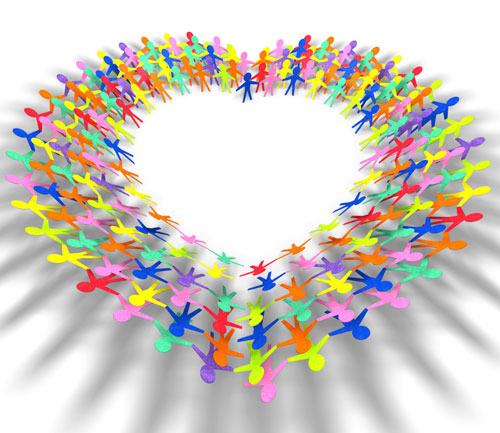 Similarly, the spiritually independent person seeks out wisdom from many sources: the religions, the sciences, the arts, the humanities, the popular culture, the Internet and social media. They are less concerned with where the wisdom comes from than in its capacity to make them more compassionate, just, and awake to the unity of all life.

Who Spiritually Independent People Are

We want to celebrate who Spiritually Independent people are! Here’s what we have learned about them from their visits and interactions on our website.

Spiritually independent people express their spirituality in a wide variety of ways, often participating in several communities: a meditation group, a yoga class, peace marches, workshops, and conferences. They are not necessarily independent, neither wanting nor having community, nor are they individualistic. They are only independent in their spirituality; no one religion covers where they are in their beliefs and experiences. They could check “none of the above” on a list of religions, and they might also check “all of the above.”

Spiritually independent people find wisdom and inspiration in many sources: sacred texts, books by spiritual teachers, poetry, Ted talks, YouTube videos, movies, art, nature, scientific studies, pop culture, Facebook memes, and more. Because no authority has told them what is and is not appropriate for their spiritual formation, they look everywhere. Our website visitors read reviews of spiritual books, meditate with galleries of illustrated quotes, and then browse through our coverage of current movies.

Spiritually independent people are seekers without borders (another term coined by Rami Shapiro). They celebrate the interdependence of all life and talk often about unity consciousness and oneness. In not recognizing clear borders between religions or feeling the need to stay in just one, they are not alone. As a multifaith website, we have reviewed many books by authors who claim “multiple belonging” because they practice more than one religion. Perhaps they are Jews who observe the Sabbath and go to synagogue and teach Buddhist meditation. We are initiates in a Sufi order but we also worship at a progressive Christian church; our mysticism crosses two traditions.

We and the spiritually independent have another thing in common. We create our own spiritual practices. We call this the Indiana Jones School of Spirituality. You probably remember that scene in Raiders of the Lost Ark when Indy and Marion are hiding from the Nazis, and she says, “Do you have a plan?” And he replies, “No, I’m just making it up as I go along.”

There are tried-and-true spiritual practices that have been passed down within the religious traditions through the centuries. Many spiritually independent people regularly pray, meditate, do sacred reading, and sing chants and hymns. And then there are practices that just come to you as you go through your day – your own way of living a spiritual life. Fred says a prayer for whoever is in trouble and whoever is going to help whenever he hears a siren on New York City streets. Mary Ann bows to her computer in gratitude for its service to her.  A good friend regularly visits a Hudson River pier to allow the water spirits to nurture her. Another identifies something “wonder-full” with her daughter every day.

If you want to welcome the spiritually independent people in your life, ask them how they practice their spirituality. You will be surprised and delighted by all the ideas you get for your own practice.

An invitation and some gifts to readers of this article. We’ve created a special page at Spirituality & Practice offering you some special resources for spiritually independent journeys! For a limited time, we have a free download for you on “How to Practice the Alphabet of Spiritual Literacy,” 37 universal practices. We’ve also created a “Field Guide for the Spiritually Independent” with more “identifying signs” plus everyday practices, mantras, movie and book recommendations, and more; it’s a bonus when you register for Rami Shapiro’s e-course “The Way of the Spiritually Independent” running from September 9 – October 4. To claim your gifts and sign-up for the e-course, visit us at: