If Phyllis Tickle is correct in her assessment that we have been through the age of the Father, then the age of the Son and are now in the age of the Spirit, then perhaps that explains the confusion of the age. Seriously, at least seeing the Trinity in terms of a father-son relationship is something we can wrap our minds around somewhat. But how can we ever grasp hold of something as essentially ephemeral as spirit?

In William P. Young’s novel The Shack , the Trinity is personified in startling ways. The “father” is portrayed as a black woman. The Holy Spirit is given the name ‘Sarayu’ (wind) and depicted as a small Asian woman with a shimmering appearance that makes it easier to see her when you are not looking directly at her. As startling as the first image is, at least it is an image we can conjure up from experience, but that idea of not being able to see spirit without looking at it a  bit sideways is as difficult as it is clever. And perhaps we are as frightened by the Spirit much in the same way as the weeping angels of Doctor Who.  When any sentient being (including themselves) is looking at them they appear as stone statues. But stop looking for only a moment, even to blink, and they are capable of instant movement and attack. OK, so maybe most of us don’t fear the Spirit, certainly not that we would admit.  Still, isn’t it curious that the all too common image of the judgmental, even vengeful, father is one we turn to for comfort. Could it be that the emotional outbursts and ecstatic utterances that the Pentecostal and Charismatic movements have demonstrated are actually more frightening to us? 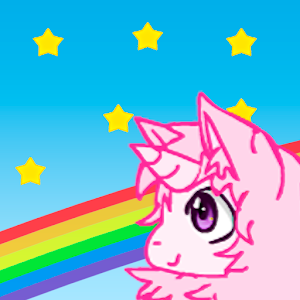 The all too common mainline reaction to the emotional side of spirituality is to see it as woo woo. Instead of seeing the power of encountering God, it is discounted as some sort of happy silliness. It is all well and good to have a warm feeling while singing Kumbayah around a campfire, but speaking in tongues and prophesying surely must be emotion gone too far. It is the wishful thinking that creates the myth of dancing with unicorns!  Wait a minute…there just may be some truth there.  The Trinity is indeed a mythical. The Trinity is also imaginary. Don’t get me wrong, neither of those claims denies the truth and existence of Trinity.  Myth is a way of telling truth that is limited only by the imagination (for more on that don’t miss the episode on Feb. 16 with Melvin Bray discussing the mythological imagination). The holy imagination of our forebears in faith produced the term perichoresis to describe the Trinity.  The most accessible understanding of the term is to picture the Trinity dancing. Each person of the Godhead is equal to the others and they move together as if in beautiful, flowing dance. So, yeah, maybe spirituality is a bit like dancing with unicorns.

Recent episodes of Darkwood Brew have begun including an extended time of spiritual practice. Check out an archived episode if you haven’t joined us in a while. And if you are ready for a deeper drink of this, you may want to join in the weekly meditation being offered during Lent we are calling Spirit Lab. Details can be found here. Reality is more than we can see through direct experience.  Sometimes reality, like the existence and power of Spirit, has to be experienced by choosing to observe it in new ways.  Don’t look at it directly, look out of the corner of your eye for a change. And go ahead and blink, the Spirit won’t bite. In fact, feel free to close your eyes and let yourself be immersed in the Spirit.