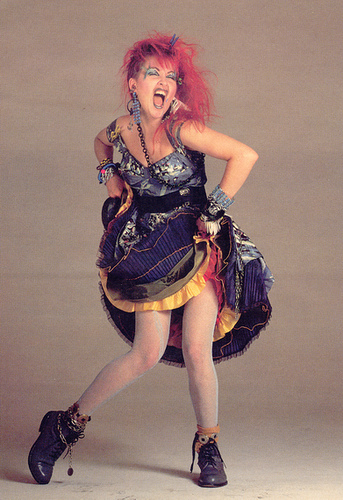 I loved the 80s.  Pretty much everything appealed to me.  The clothes.  The hair. The music.  It was great to be young and single, then young and married pre-child.  I graduated high school in 1980, college in 1985 and by the end of the decade I was doing the work I thought I wanted to do the rest of my life.

In 1982 Steve Wozniak identified the 80s as the “Us” decade and I think that he got it partly right. 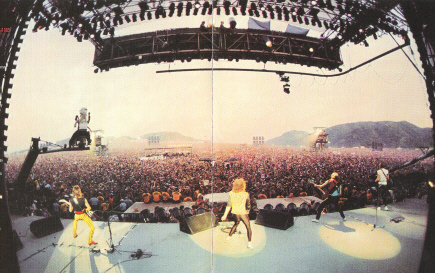 Woz Gets it Partly Wrong

“Us” really meant “me.”  “Us” worked individually.  It was easy to be magnanimous because resources seemed limitless.  The future was bright enough for those Timbuk3 shades and  the world was our super gooey oyster.  We believed that for the better part of 20 years. 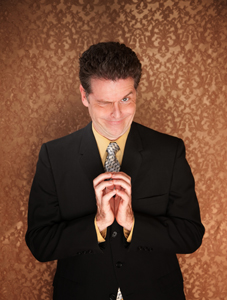 In the intervening decade religious extremists, credit default swaps, a strained ecosystem and billionaire bad guys shattered that illusion.  Well, it was nice while it lasted.

“Deliver us from evil, but lead us not into temptation.”

In the Lord’s Prayer, I count nine instances of the words “us,” we” or “our.”  That’s throughout, but most striking to me in this couplet.  Jesus is acting like Super-Woz by sending a message through history that we are in this thing together.  A cosmic US Festival that includes everyone.  Tickets are free.  Attendance is mandatory.

And while this festival is inherently good, it’s not all Kumbaya, which is the part Woz didn’t count on.  There is a striking assumption in these two lines of the Lord’s Prayer that God either can’t or won’t, take away the evil and the sin of the world.  That’s not what we’re asking for.  And, after all, wouldn’t we ask for that?  Instead we ask to have the impact of those states alleviated to some degree.  If it’s just me I’m praying for, then I have to admit to some troubling theology.  God might decide to answer my prayer – or not – differently than to someone else in the same situation.  The bad guy steals my wallet, or worse, and leaves my buddy alone.  I have somehow been deemed unworthy of assistance.  Or, as some say “…it’s all part of God’s plan.”  Well, thanks for the knock on my head from the mugger, God, but, I’d rather have my wallet back.  Or not be maimed in a war or sick from HIV/AIDS or depressed because of a chemical imbalance I can’t control.

I think the Lord’s Prayer starts to work, particularly this part, when we ask it for everyone.  We have to include those pesky neighbors Jesus keeps trying to get us to embrace.The prayer offers no real panacea and no real promise of delivery.  We just have to look around to see that.  The wars go on.  The cancer happens.  Violent criminals do their thing.  However, when we ask for guidance and deliverance for everyone, we’re not asking for what we want –  we’re asking for what God wants.  Thy Kingodm Come.  This is what it ought to look like here.  “Hello.  Can we have a little Kingdom here, please?”  We’re asking for a divine blessing on all people.  We don’t want anyone to be sick or hungry or scared or hurt or sad.

I am troubled by any prayer that asks that my children or my family or my country be somehow protected if that protection might come at the expense of someone somewhere else.  I don’t think that’s what the Lord’s Prayer is about at all.  I interpret the “us” “we” and “our” statements to direct us towards an understanding that includes every one of our almost seven billion neighbors around the world.

If we believe that evil is an intentional force, something willful, then we ask that all people be freed from the effects of evil from outside and from inside.  Evil intended for them and the evil they may intend.  We want all of it gone.

If we believe that temptation is a state that draws us away from grace, we want all people to be drawn in instead.  Pulled towards things that will bring them light and blessing.

That’s what Jesus is asking us to ask for.  We know we will never see a perfect fulfillment of our dreams.  Evil and temptation will exist.  Even so, imagine the power of two billion Christians willing to ask for guidance and deliverance in the name of their neighbor and willing to work for it.