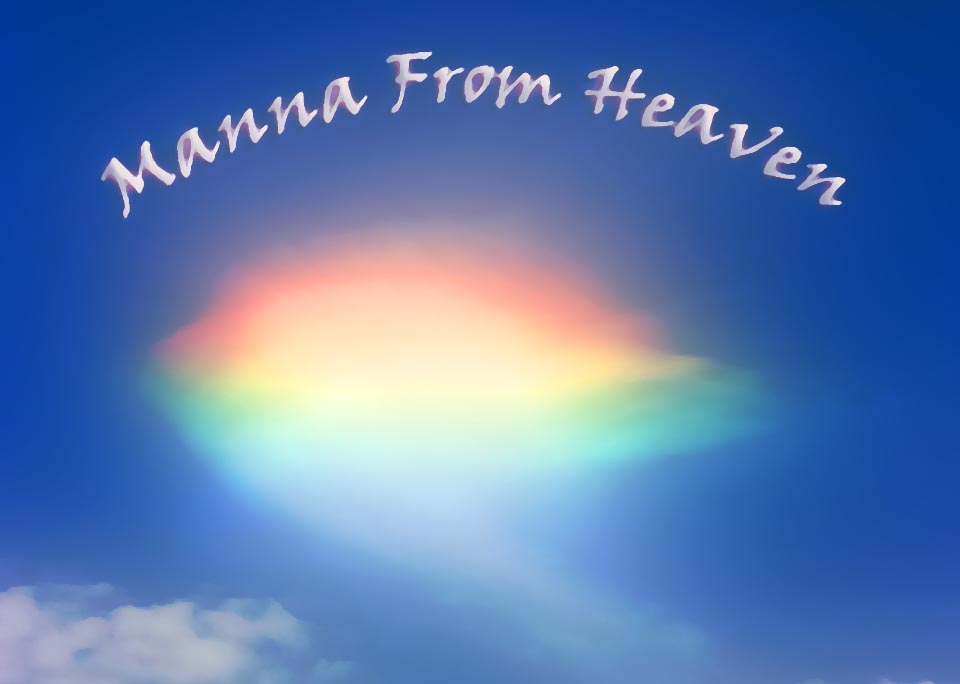 Having the honor of being the first DWB blogger following the vote of NY legislature to legalize same sex marriage in their state I couldn’t resist a rainbow image to adorn today’s post! Congratulations and welcome to the state to my west.  Trust me, the weddings will be fabulous (I’ve done four).  Justice is rolling!

But what does that have to do with the Lord’s Prayer you ask? (You did, didn’t you?)  Well, I think that the daily bread of this week’s portion of the prayer surely must have invoked the thought of the manna from heaven miracle for the original hearers.  Unfortunately, that expression has come to mean a rare and unexpected turn of good luck; something that has “fallen from the sky.”  I’m sure that some formerly skeptical New York gay rights advocates are feeling that way right now.  But the manna was not just a blessing, it was primarily a test, one that had a day’s worth of hunger as a consequence.  The manna was God’s first lecture in Economics 101 for the newly liberated Hebrews.  Let’s review, shall we?

So when the singing died down on the far shores of the Red Sea (during which some wise rabbis tell us G-d wept for the dead Egyptians) what was the first thing the people did?  Why they kvetched, of course.  “Oy, Moses, not even a bagel? Back in Egypt we may have been slaves, but at least we  could always get a nosh.” And what did God do?  Give out the first law!  It was a law to govern how they handled their economy.  Each was to go out daily and pick up an omer of the whatchamacallit (the literal meaning of manna) for each person back in the tent.  And what happened if they didn’t trust the law and gathered too much?  The extra spoiled.  BUT, what if they failed to get enough?  That’s when God, bless God’s little socialist heart, increased the amount so there was no shortage.  The tricky part of law came on the sixth day when double portions were ordered.  Why would that be?  Because on the seventh day there would be no whatchamacallit to gather.  So on that day the excess didn’t spoil and those who failed to trust God’s plan of provision were forced to list 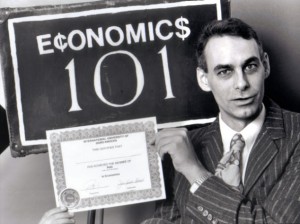 en to the indictment of their rumbling stomachs.

This Sabbath economics lesson was to govern the way God’s people handled themselves.  After their poverty forced them to be enslaved by the greatest economic power on earth they were to show the world how different they were by not becoming like the enslaver after they were free.  They were to give equal shares to all and then not store up wealth that could be used to control others.  On a cycle of sevens (days, weeks, months and years) they were to rest and let God take care of them.  They also used these cycles to hit the reset button.  After seven Sabbath years (i.e. 49) they were to celebrate a Jubilee by forgiving debts and setting the captives free.  Sound familiar?  It should, it was the passage stating that that Jesus read from Isaiah as his “inaugural speech” in Luke.

So is all this economic justice referenced in a simple request like “give us this day our daily bread?”  It most certainly is.  Did you forget that this prayer is for a revolution?  When Jesus finished telling the people of Nazareth that the year of Jubilee had come the next thing they did was try to throw him off a cliff!

Luke’s version of the Lord’s Prayer uses the present tense to talk about the bread  necessary for the day (the literal meaning) so to emphasize the daily need to trust God for provision.  Matthew uses the aorist tense.  There is no equivalent in English, it can describe an event at any time in the past or present, but it is not used for on-going events.  Matthew also uses the word for today not every day as Luke does.  So, in a way, Matthew is perhaps having us ask for tomorrow’s bread today.  Since we are hungering for the justice that God brings from the heavens to break into our space and time, I like the idea of requesting the gift that feeds all equally right now even if it still belongs to tomorrow.  There’s a revolution for you.