To Everything There is a Season

Our revels now are ended. These our actors
(As I foretold you) were all spirits, and
Are melted into air, into thin air,
And like the baseless fabric of this vision,
The cloud-capp’d towers, the gorgeous palaces,
The solemn temples, the great globe itself,
Yea, all which it inherit, shall dissolve,
And like this insubstantial pageant faded
Leave not a rack behind. We are such stuff
As dreams are made on; and our little life
Is rounded with a sleep.
Prospero, The Tempest, IV.i.

“And God said, ‘Let there be lights in the dome of the sky to separate day from night; and let them be for signs and for seasons and for days and years.’” Genesis 1.14

And right then and there: God made death. When God made the sun and moon for signs, seasons, days, and years, we received “time.” And time leads to death. On Day Four God introduced death into the created order. And for humanity, at least, this has been a problem ever since. 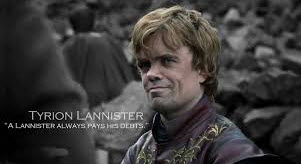 Most people don’t want to die. My greatest addiction (of which I have many, gentle reader) is to breathing. I would much rather live than die…Games of Thrones is only half-way through Season Three…I can’t go yet! I couldn’t imagine not knowing what’s going to happen to my favorite Lannister  Death, could you give me some more time?

The above quotation from Shakespeare’s The Tempest has always been my favorite understanding of death. Most scholars seem to think this is Shakespeare’s farewell to the theater, the “great globe itself” is the name of his playhouse, and that this is his “death” as it were, from his writing of plays. For me, it is just a beautiful way to describe the reality we all face in our mortality.

Everything dissolves. How many homes are under centuries of dust, even though the proud homeowner exclaimed “This is the greatest house ever?” Even our globe, given enough seasons and says, will dissolve.  The biggest problem humans have with our mortality is that we do not appreciate time well. We let it slip away, like a bad 80’s rock ballad. We think of time like this: 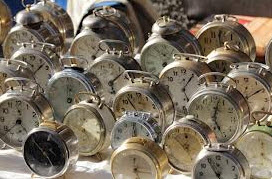 but in reality time is this: 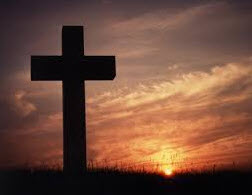 Death is the result of time, and Christianity has never shied away from admitting such. Christianity has always been able to look death, time, mortality straight in the eye and say, “God’s yes is stronger than your no.” That is, as much as death is the constant companion of our lives, Life is what living is all about.

As the season changes up here (FINALLY!!) we see life in all its springtime fecundity: birds mating, flowers blooming, children graduating… it’s all there to enjoy. And yes, we know our revels will end. We know our “time will come,” but we trust even more than we know.  And our trust resides not in the days and seasons themselves, but rather in the one who made them so.

Scott Frederickson, Ph.D. is a Lutheran theologian and educator. He writes regularly at PrairieTableMinistries.blogspot.com.