What I find curious about this list is that, in modern America, only eight or nine of the Ten Commandments are commonly considered true commandments.  In practice, one or two are considered purely optional – mere suggestions, if you will.

One that we consider a “suggestion” is #3: “You shall not take the name of the Lord in vain” – a commandment we in Nebraska seem to break regularly whenever the Huskers lose a game!  Of course, taking the Lord’s name in vain has to do with a lot more than not using God’s name in the form of a swear word.  It really has to do with taking God’s purposes in vain – with assuming that God’s will and purpose for your life is merely a suggested option.  This summer at Countryside Church held a whole series on this single commandment.  It was called The Seven Commitments of the Christian Life. 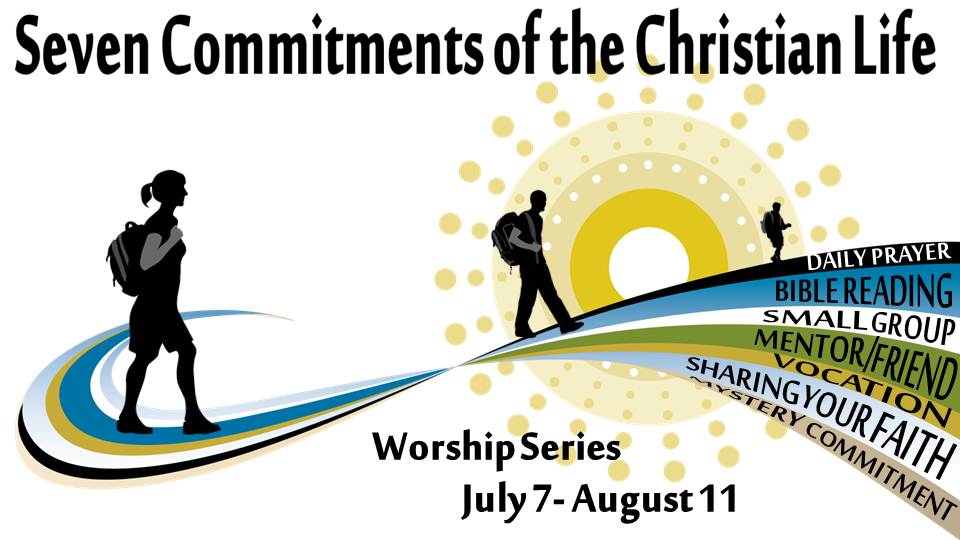 The other Commandment we treat as a mere suggestion is this #4: “Remember the Sabbath and keep it holy.”  Not many Americans tend to remember this one.

In the 19th Century, a number of southern and mid-western states passed so-called “blue laws” in an attempt to enforce Sabbath-keeping.  Many of these laws were actually designed as a way of targeting various groups that the majority culture didn’t find acceptable – like Jews and Seventh Day Adventists who observe the Sabbath on Saturday, not Sunday.  They also sought, of course, to restrict certain activities that were thought to be unbecoming of Sabbath observance.  Until 1985 in Texas, for instance, it was illegal to sell housewares such as pots, pans, and washing machines on Sunday.  A handful of states still prohibit the selling or trading of automobiles on Sunday.

By and large, however, while America may slow down a bit on weekends, few of us treat any single day of the week with the reverence intended for it in the Bible.  No day of the week is dedicated in its entirety to connecting with an “unhurried God.”  On Sunday we may pause for an hour or two at church, then it’s “off to the races” again.  No wonder our lives are so full of busyness and Red Bull is consumed like soda.

Curiously, many of us appeal to Jesus’ example to justify our disregard for Sabbath-keeping.   Didn’t Jesus say “the Sabbath was made for humankind, not humankind for the Sabbath”?  We seem to think that Jesus means we can do anything we please on the Sabbath because God made it for us.  Yet this was hardly Jesus’ point!  The only thing about Sabbath-keeping that Jesus sought to do away with was all the petty legalism that surrounded it in his day – legalism that pretty much doesn’t exist today among Christians, let alone most Jews. 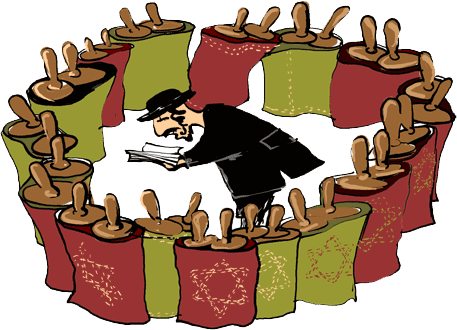 In Jesus’ day, Sabbath-keeping had more to do with rule-keeping than connecting with an “unhurried God.”  The rules crept in through “the fence” – not a literal fence but a figurative one the rabbi’s sought to build around each of God’s laws.  Building a “fence around a particular law” meant that you created a series of requirements that were even stricter than the law itself so that if you broke one of the added requirements you were not at risk of breaking the actual law itself.  If this sounds strange or unnecessary to you, consider that we do it all the time with our kids.  If we don’t want our children to be burned by a hot stove, we tell them not to come anywhere near the stove.  This way, if they come a foot nearer than we’d told them, they’re still safe.

In Jesus’ day, the rabbis had created so many requirements in an effort to keep people away from the “hot stove” of Sabbath-breaking that the Sabbath-keeping had become a cold routine not a spiritual practice.  As we find in the Gospels, people weren’t even allowed to rub a few kernels of wheat between their fingers to remove the chaff lest they become involved in threshing grain.  Jesus reminded the rabbis over-and-over that there is a difference between the “fence” and the Commandment; the law and the spirit behind the law.  In Jesus’ view, if minding the “fence” means that your Sabbath-keeping is distracting you from connecting with God – as tends to happen when your stomach is rumbling from hunger – then by all means, you should open a gate in that fence and grab a few heads of wheat!

The original intent behind Sabbath-keeping was simple: it was a time for being not doing.  You disconnect from your daily busyness in order to reconnect with God, your family, your neighbor, and the earth.  This dis-connection and re-connection ensured that each week we all would have a chance to glimpse the forest from the trees – to step out of the fray, pull back a bit; to sense life’s seasonality and start flowing with it rather than against it.  It also ensured that none of us would succumb to the notion that the world revolves around us and what we do.  Instead, we would be anchored in the reality that the world can (and does) operate just fine without our constant meddling with it.  Taking this Sabbath sensibility into the rest of the week, we would be free from becoming a slave to our own self-importance.

So for 24 hours you did just two things: you prayed and you played.  That’s the basic principle!  You are to rest, reflect, give thanks to God, and have fun.  Isn’t it strange that we have such a hard time with this commandment?