The Straight and Crooked Way

Paul was deeply committed to DREAMING God’s dream for the world, HOVERING until he found his place within God’s dream, and RISKING everything he had to follow where he was called.  But unlike the Ford Motor Company when they developed the Edsel (see my last post), Paul knew that once you’ve done your homework and committed to a course of action, you cannot stop listening.  In fact, you must listen more carefully than ever.  There’s often a big difference between where you think the flow is taking you and where it’s really going to go.  Some people believe that our path in life should be “straight and narrow,” but if Paul’s life shows us anything reflective of reality, it’s that life’s path may indeed be straight …. but only until it turns. 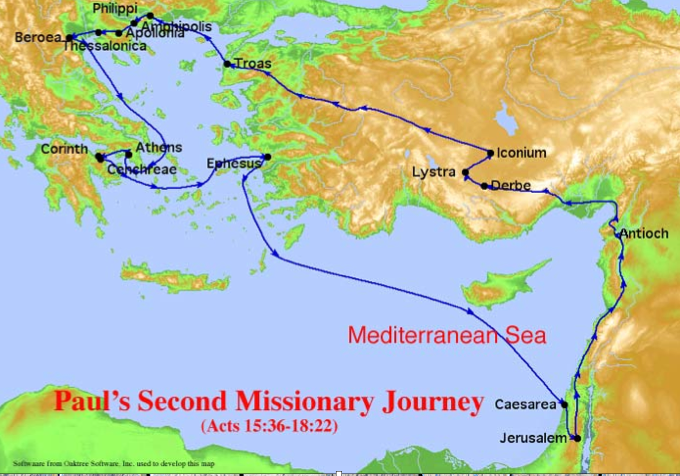 In Acts 16, for instance, we find Paul and a close companion named Silas in the midst of Paul’s Second Missionary Journey.  They have been travelling to some places Paul’s been before (cities Paul has nearly been killed in. by the way) – places like Lystra, Derbe, and Iconomium.  In Lystra, Paul and Silas take on another travelling companion named Timothy.  Then, they head straight for Ephesus in Asia Minor … or so they think.  Little do they know, but the relatively straight-forward journey from Iconium to Ephesus will morph into a journey thousands of miles further and a couple years longer than they had originally been led to believe.

You can read the passage here.

On the surface of things, it looks like Paul has a lot more certainty about what the Holy Spirit is telling him than you and I do.  “Go here,” and Paul goes.  “Don’t go there,” and Paul refrains.  But when you think about it for more than 30 seconds, you realize something very different is going on.  What’s going on has a lot to do with you and me and our meandering journey through life.

The Holy Spirit is said to have changed Paul’s course three times during his travels across ancient Anatolia.  But who kept setting the course that needed to be changed to begin with?  Who set the course toward Ephesus, for instance?  Who set a course toward Bythnia?  My three best guesses are:

Paul was not the kind of person who embarked on any journey without a sense of call by the Holy Spirit, which Paul often referred to as “the Spirit of Jesus.”  Paul had seen far too much evidence that God actively communicates with humanity and desires relationship with us. There was no way he would make grand decisions about where he would preach the gospel of Jesus without consulting with “the Spirit of Jesus.” 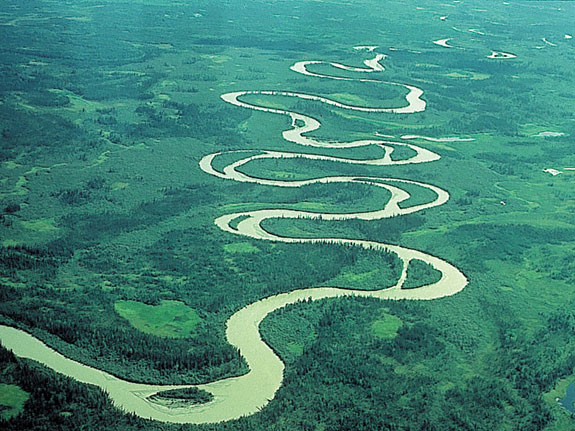 Paul also knew that our path through life is less like a straight line and more like a meandering river.  So you can’t just march off straight for your destination without continuing to LISTEN for the flow well after you have first sensed it.

I suggest there are three things Paul knew about following the Spirit that we all would do well to set to memory – as they will ALL come in handy, over and over.

First: Paul knew that the Holy Spirit normally speaks to us about our present, not our future.  When Paul sensed the Holy Spirit calling him to move in a certain direction, he may have thought the destination would be Ephesus because that was the direction in which he was called to move.  Sometimes, though, you can’t even see the turnoff you must take until you’ve traveled down the path awhile.

Think about the path most of us take to marriage, for instance.  Most people will have experienced several different relationships with people they thought might be “the one” before they find the person they eventually marry.  While each relationship may be meaningful, and even be the result of being spiritually led, a person might fall for “Tony” and feel like the relationship is leading “toward marriage,” but it is really leading “toward breakup” which ultimately leads “toward Jason” and so on.  So you keep LISTENING!

Second:  Paul knew that it’s not always wrong to stop doing things you previously felt a calling to do (that matched the essential flow of your life).  It is especially appropriate if your new sense of call builds upon what you have been doing before.

Many people – especially religious people – feel reticent to change their direction, or change beliefs, if they feel God had originally revealed it.  They feel guilty, like they’re letting God down or rejecting God entirely.  Yet certain directions or beliefs serve as stepping stones to better ones, or at least ones that are more appropriate to our present situation.

For instance, many people are slow to let go of childhood beliefs about God, Jesus, the Bible, and so on.  They may feel like they are stepping away from God by letting them go.  Yet all of us are meant to grow beyond our childhood beliefs.  While they played a beneficial role in our lives, we are meant to grow closer to God, and every step closer involves a shedding of some beliefs and an embracing of others.

Paul believed his missionary journey was confined to what is now modern day Turkey.  The Spirit knew otherwise.  Paul’s letting go of his old assumption was not something Paul took lightly.  Like us, he probably struggled with guilt and self-doubt as he could feel the intuitions to go to Greece grow stronger.  But he kept LISTENING and integrating what he heard into his sense of call.  When he embraced his new belief, he embraced the flow of the Spirit.

Third:  Paul knew that we are not all alone when it comes to the difficult process of discerning the flow of our lives and where the Spirit is calling us.  Paul rarely travelled alone.  This wasn’t just for safety’s sake, or to combat the loneliness of the road.  Paul knew that the Spirit’s voice often comes to us through others, or is confirmed in us by others (whether or not they agree with you!).  This is one reason why we emphasize getting involved in small groups at Countryside.  The Holy Spirit doesn’t speak with billboards or neon signs, so we all need spiritual companions to help us discern the flow of our lives.

Curiously in this regard, Paul’s decision to go to Greece (Macedonia) was probably not solely the result of hearing a Greek man call to him in a dream.  Likely, it was the result of conversation with a new travelling companion that he, Silas, and Timothy first met in Troas.  While the companion’s name isn’t mentioned in the passage, you can figure out who that companion was if you LISTEN to the Acts 16 passage carefully, particularly the following verses:

When they had come opposite Mysia, they attempted to go into Bithynia, but the Spirit of Jesus did not allow them; 8 so, passing by Mysia, they went down to Troas. 9 During the night Paul had a vision: there stood a man of Macedonia pleading with him and saying, “Come over to Macedonia and help us.” 10 When he had seen the vision, we immediately tried to cross over to Macedonia, being convinced that God had called us to proclaim the good news to them.

Did you note the change in language from “they” to “we”?  “We” includes the writer of the Book of Acts.  The author of acts was Luke, who also wrote the Gospel of Luke.  Yes, Paul and his two companions met Luke in Troas.

Luke would become the most important friend and companion Paul ever had. Luke would author two of the most important writings of the New Testament.  As a physician, Luke probably also helped keep Paul alive through his many physical challenges as well.  And Luke was likely the one who originally suggested that Paul and his companions go to Greece – a suggestion that was confirmed by the Holy Spirit in Paul’s dream.   Luke’s suggestion would forever change the face of Christianity, both through the churches that formed in Greece and the writings inspired by those churches – writings like 1 and 2 Corinthians, 1 and 2 Thessalonians, and Philippians.

It’s really rather amazing, isn’t it – all that transpired as a result of a “chance” meeting with Luke in Troas?  In order for that meeting to take place at all, Paul had to keep listening long after he had felt the Spirit’s call in a certain direction.  He had to keep listening and make major adjustments to his course twice before they would meet.

In hindsight, all this LISTENING makes sense, doesn’t it?  With all these benefits before our eyes, it makes perfect sense that Paul would keep LISTENING and be ready to drop one set of plans to adopt new ones.  But can you imagine how it felt to Paul along the way without the benefit of hindsight?

I imagine you can imagine how it felt.  We all can.  In the end, our lives are no different than Paul’s.  The Spirit calls to us just as frequently as the Spirit did to Paul, and speaks at just as high a “volume” (i.e., “low”).  The only real difference between us and Paul is the degree to which Paul KEPT LISTENING long after he was sure his life was headed in the right direction, and we tend to stop listening.   The other difference is the degree to which Paul was willing to take a risk and change course in response to the Spirit’s flow.

How closely are you listening to the Spirit’s flow in your life right now?  Will you trust the Spirit to guide you while negotiating the crooked the terrain ahead, or will you just set your sights on following the “straight and narrow way” assuming that once the Spirit sets your initial direction you can put life on autopilot?