Of course, embracing the seasonality of life does not necessarily always mean “going with the flow.”  The unacknowledged danger of Ecclesiastes 3 is that it can lead to a certain defeatism if you’re not careful.  Sometimes, God calls us specifically to move counter to life’s flow.  We may not know why, but we’re called to trust God’s call anyway.  Sometimes God calls us to move against the flow in order to change the flow itself.

In 1860, for instance, an English mechanical engineer named Charles Babbage drew up a blueprint for a very strange machine.  If the machine had actually been built, it would have been composed of around 25,000 parts, weighed 15 tons, and been 8 feet tall.  But the machine was never built.  So Babbage drew up plans for a second version – an even smarter, more complex model.  That machine never made it into production either.  Not so much as a single prototype was built.  Or rather, one was not built until 1991 – a full 130 years after it was originally designed.

In 1991, Babbage’s machine was built by the London Science Museum, using Babbage’s original blueprints and strictly following 19th Century manufacturing tolerances.  Amazingly enough, the machine – which Babbage called “Difference Engine” – worked just as he had planned.  What the London Science Museum had actually constructed was the world’s first programmable computer.  Babbage’s computer was so sophisticated that its math calculations returned results to the 31st digit!

You may wonder why a machine as revolutionary as the programmable computer wasn’t built in Babbage’s lifetime.  It wasn’t due to its weight or size.  The main reason it wasn’t built was that it was too revolutionary for its time.  People simply didn’t understand it.  And at the time, nothing even remotely 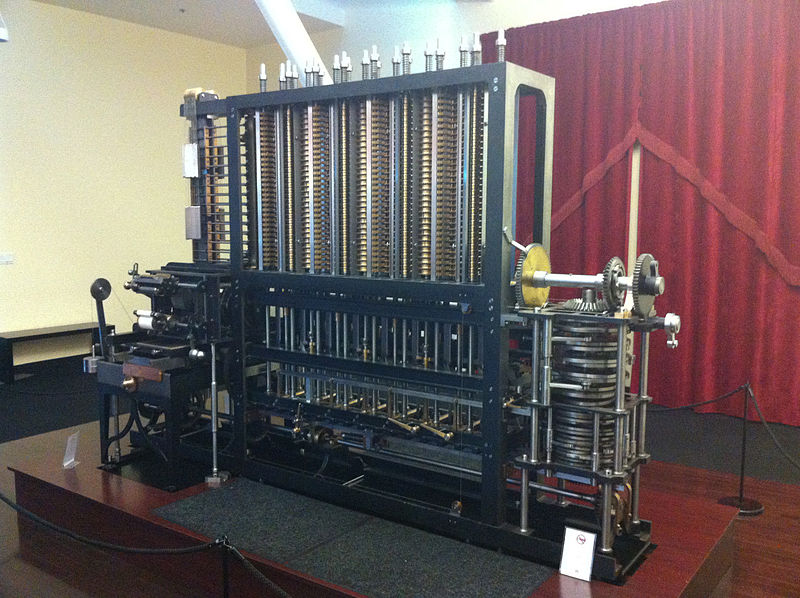 like it existed.  People couldn’t wrap their minds around its purpose or uses.  Frankly, there wasn’t even any pressing need for an invention like Babbage’s, so one might forgive people for being a little slow on the uptake in the 1860s.  Talk about the right thing at the wrong time!

Such is the curse of many a creative mind that has the vision to see things well before their time.  Happily, Babbage did not fall into despair and quit inventing just because no one understood his machine.  He continued to develop the concept.  While no one would ever fully understand it in his lifetime, Babbage is known today as “the father of the computer.”  He stood against the flow long and hard enough that eventually the flow itself changed.  Sometimes we are called to do this.

Certainly, the founder of our faith was called to do this.  How many people do you suppose understood the blueprint Jesus drew up for life on Planet Earth, as represented in his Sermon on the Mount?  How many could wrap their minds around these words, for instance:

“I say to you that listen, Love your enemies, do good to those who hate you, bless those who curse you, pray for those who abuse you.  If anyone strikes you on the cheek, offer the other also; and from anyone who takes away your coat, do not withhold even your shirt. Give to everyone who begs from you; and if anyone takes away your goods, do not ask for them again.  Do to others as you would have them do to you. If you love those who love you, what credit is that to you? For even sinners love those who love them. If you do good to those who do good to you, what credit is that to you? For even sinners do the same.  If you lend to those from whom you hope to receive, what credit is that to you? Even sinners lend to sinners, to receive as much again. But love your enemies, do good, and lend, expecting nothing in return. Your reward will be great, and you will be children of the Most High; for he is kind to the ungrateful and the wicked. (Luke 5:27-35)

Charles Babbage’s “Difference Machine” was not built for 130 years after he originally offered his blueprint to the world.  It has been 2,000 years since Jesus offered his plan.  And we have yet to build human civilization according to it.

One might wonder if, after 2,000 years without Jesus’ vision ever coming to fruition, we ought to give up on it entirely – as a “right idea” whose “right time” has never come and never will.  Yet those of us who call ourselves followers of Jesus should not be so quick to write Jesus off as foolhardy or naïve. 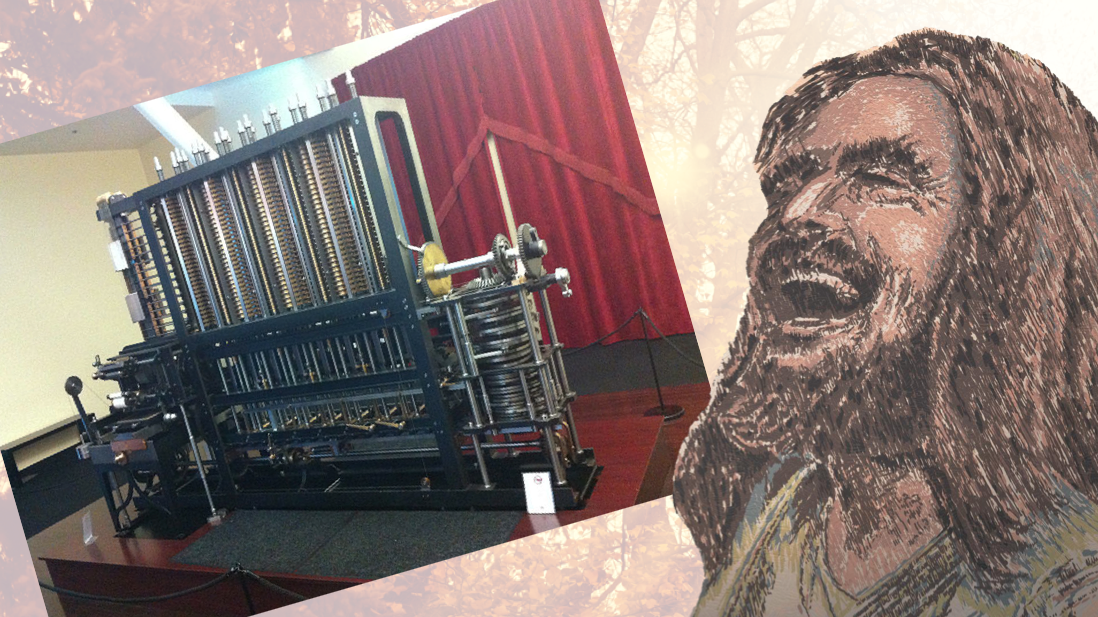 Jesus’ vision is closer to that of Babbage than it may appear.  Babbage’s vision for the programmable computer did not find a place in the human imagination until there was a distinct human need for a programmable computer.  When the need was there, it took off with amazing speed.  Likewise, loving one’s enemies has always been the right idea, yet human civilization has found all sorts of ways to survive without actually taking it seriously.  As a species, we’ve never “needed” to love our enemies to ensure our survival, so we haven’t.

But now we do.

Now that we have democratized the instruments of mass destruction and continue to develop more sophisticated and efficient technologies for killing each other every day, just how long do you suppose life as we know it will last on earth if we do not learn to love our enemies?  Can any of us honestly guess we’ll last 500 years?  At the present rate of technological advancement, how many of us would even guess we have 100 years left if nothing significant changes?

Sorry for the bad news this morning … but can you see the truly Good News in it?  If we take the seasonality of life seriously, then the fact that Jesus’ vision for humanity has not taken hold in two thousand years need not lead us to give up and accept our fate. Quite the contrary.  It is plainly evident that the season for change is upon us.  There has never been a time when loving our enemies was so critical for our survival  Therefore, there has been no better time to invest our heart, mind, soul, and strength into actually taking up Jesus’ blueprint and rebuilding our society according to this vision.

Could it be that in the coming years we will experience a fundamental shift in human consciousness that will result in loving our enemies?  Could it be that we will learn to walk more humbly and lightly upon this earth than ever before?  Is it possible that in the coming years we will truly come to love our enemies – and be loved by them – on a more widespread and deeper basis than anyone but Jesus has ever envisioned?

Since the dawning of human civilization, working to fulfill this vision has been like planting tomatoes in Nebraska in January.   But now the sun is shining.  Now the season has come.

I sincerely believe that Jesus’ vision will be fulfilled in the coming years.  One of the reasons I believe this is because I see so many signs that we are in the midst of a new Great Awakening that far surpasses those of old – one that is capable of waking us from slumber and empowering us to live into a new tomorrow.  You may call me crazy, but I even believe that Countryside Community Church is stepping more deeply into the heart of this new Great Awakening with each passing day, and has already started to become a very small but important catalyst for change.

If you look at history, the odds are stacked against us that meaningful change will take place anytime soon.  But if you look at the rhythm and seasonality of life, the odds are very much in our favor.  Of course, just because this is the right season for change is no guarantee that we will summon the will, or courage – or humble obedience – for deep enough change to happen.

But I’m willing to give Jesus’ blueprint a try.  I’m willing to devote my life’s energy – my time, talent, and treasure – to seeing his Sermon on the Mount enacted in our time.