You’d think that after living for 5 years in Nebraska, I’d be pretty in tune with the growing seasons.  But honestly, if it weren’t for my weekly CSA box, I wouldn’t have a clue.  CSA stands for “Community Supported Agriculture.”  You pay a particular farmer a certain amount of money in the winter; and in the spring and summer, you receive a box of produce from the farm each week that represents the portion of the crop you paid for. Melanie bought me a s 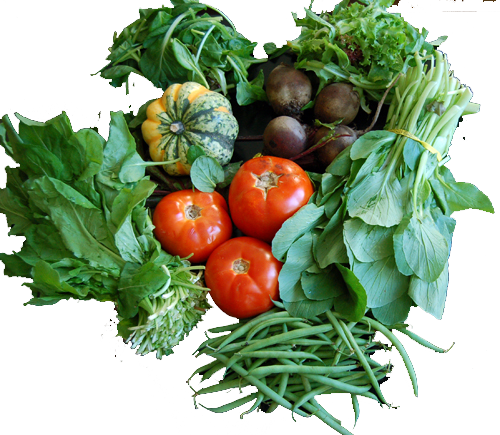 hare in a CSA for my birthday in February, and our kitchen has been full of fresh vegetables, herbs, and fruits for months.

One of the fun things about a CSA is that you really get to know not only what’s in season, but what part of the season you’re in.  For instance, a few months ago, we received two string beans in our box, along with the other produce.  The next week we received 4.  The next week, there were eight.  The following week, there was a full bag. About six weeks ago, we received a single heirloom tomato.  Now, we’re getting all kinds of heirloom tomatoes.  So aside from benefiting from super-fresh, organic veggies, we’re getting to know the ebb and flow of what’s growing.

It’s kind of strange, isn’t it, how our globalized economy has eliminated so much seasonality from our supermarkets?  You can walk the produce aisle and find beans and tomatoes all year long.  And while I love the fact that I can pick up a pint of blueberries in January instead of waiting until late summer, I’ve grown increasingly wary of the cost of all this a-seasonality.  It’s not so much the monetary cost that I’m worried about, but the toll it takes on the environment.

It takes a lot of gasoline to haul or fly blueberries clear from Mexico in order to enjoy them in the dead of winter.  More of the world’s energy resources get expended and more carbon is released into the atmosphere.  Scientists are now telling us that the maximum level of atmospheric carbon the world can sustain safely is 350 parts per million.  We’ve been above that for quite some time, and just reached 400 this summer.  Eliminating winter blueberries from the produce aisle won’t do much to fix this number, but I do wonder if we should be eliminating more of our sense of entitlement to have anything we want whenever we want it – and not just with food.