Many of us are not very physical in our acts of worship. For the most part we sit and stand as we are able. Some traditions add kneeling or making the sign of the cross. When it comes to bowing before God, most often we do that figuratively rather than literally. When we do get our bodies in 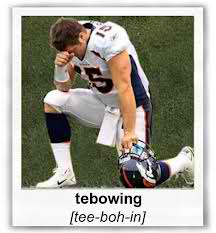 It takes a lot of chutzpah to stand up to the edict of the king to worship an idol or a person. But the only one worthy of that worship is God. So when we advance in the Narrative Lectionary into the gospel of Matthew, we need to understand that prostration as an act of worship directed at Jesus. The Magi seek the child in order to worship him. The Greek word translated as worship is proskeneuo, which is also used for prostration. Perhaps the scandal the first readers of the gospel would have experienced hearing of someone worshiping a human this way was lessened by the fact that these were Gentiles who may have come from the same country where Mordecai had his troubles. But Matthew is only starting there. The second person to worship Jesus by prostrating himself is a leper begging for healing and the third is a Roman soldier. The fifth person is another Gentile, the Syro-Phonecian woman who begs Jesus to heal her daughter. It is the fourth occurrence that would really have shocked the readers. The disciples bow down before Jesus when he calms the storm saving them. It is this revelation and ultimately the post-resurrection worship of Jesus that Matthew is setting his readers up for. If no Jew would bow down before a human then Matthew showing us people prostrating themselves before Jesus is part of his argument that Jesus is more than human.