Tables in Need of Turning 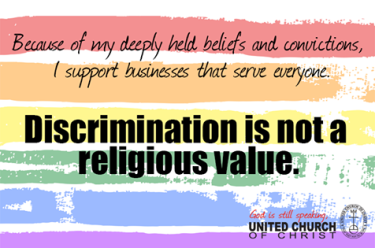 If Jesus’ grand entrance into Jerusalem on Palm Sunday was a procession for the king of the kingdom of heaven then the coronation would be the troubling of the temple (for surely more than the tables were upset). After two millennia there has been a whole lot of Monday morning quarterbacking about the problems besetting first century Jewish religious practice that justified Jesus’ angry house-cleaning. As we prepare to remember those biblical events, we might consider how hard it is to see the speck in that ancient eye while we have a log in our own.

One thing that Jesus and all his fellow Jews desired was religious freedom. They were under the heel of a Roman boot that only begrudgingly allowed them a little space to practice their faith. It is fair to say that both the religious leaders and Jesus would have preferred to establish a theocracy. The problem that Jesus ran into was that the leaders had a different view of what that should look like. Jesus proclaimed a kingdom where justice meant that the poor were blessed, not ripped off even when practicing religious ritual and the ill were healed regardless of time or place. The temple leadership clearly had no problem with money-changers in the temple (even if they might transact a shady deal or two) and definitely had a problem with both the place (the temple) and on other occasions, the time (the Sabbath) of Jesus’ healing. Hardly seems like a speck does it? Really, it should be painfully obvious that if there is to be religious freedom or laws that are based on religion that it should be freedom to do acts of mercy and justice that protects the downtrodden, outcast and minorities. Yes, it seems so obvious when Jesus advocates and practices it, but how well are we, who would crown Jesus king, at trying to create the kingdom of heaven on earth?

Governor Mike Pence of Indiana sparked a firestorm of controversy this week when he signed a bill ostensibly designed to protect religious freedom. The problem is that it is clear that a large part of what is being protected is the “right” to discriminate against LGBT citizens. Really? Have we tamed the table-overturning Jesus to the point that we are excluding minorities in his name? How must Jesus weep over America the way he wept over Jerusalem. While some argue for displaying religious scripture and symbols signifying the country’s allegiance to God we continue not only to neglect but even blame the poor. We act as if we have never heard the command to love our neighbor as ourselves, instead believing the myth of American Exceptionalism, effectively denying that our neighbors have any worth. And we certainly have not yet learned to love our enemies, instead displaying an addiction to war.

It really should be obvious that we have crowned the wrong king, shouldn’t it? When we hear the story of Jesus turning over tables, we need to ask which of our tables would he turn over today.