Spirituality and the Edsel

The first thing I heard when my clock radio went off last Friday was an NPR reporter citing research that concludes that the most important aspect of being an entrepreneur is listening.  “How fitting,” I thought, as I anticipated Sunday’s Darkwood Brew topic … on listening!

History is littered with examples of entrepreneurial endeavors gone horribly wrong for lack of this one vital piece of the process.

One of the more famous examples where a manufacturer did a great job Dreaming, Hovering, and Risking (i.e. the first three steps of the creative process we’ve been covering in this series) but utterly failed for lack of Listening is the creation of the Edsel automobile in the late 1950s.  In fact, the term Edsel is now synonymous with the “real life” market failure of a predicted “perfect” product or idea.

Ford dreamed big when it came to the Edsel – imagining a whole new line of automobiles with four different models and eighteen different trim levels.  Ford had “hovered” over the dream like no other company had before, sinking enormous money into market research to discern exactly what the American public wanted in a car.  Then they merged those ideas into a workable prototype.  In their words, the Edsel incorporated “more YOU ideas” than any other automobile.  After Dreaming and Hovering, Ford took an enormous Risk on its dream car, building state-of-the-art production facilities and lining up a cross-country network of dealers that would exclusively sell the Edsel line.  The whole time, the public never had a chance to see the Edsel.  The car even arrived at the dealership under wraps until the first public unveiling.  With that unveiling came a massive publicity campaign with commercials like this:  http://bit.ly/1bp42G2. 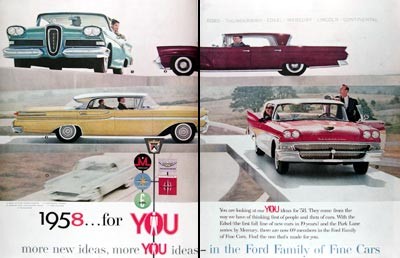 All told, Ford took a $400 million risk developing the Edsel and bringing it to market – that’s well over $4 billion in today’s dollars.  And right up to the moment it hit showroom floors, Ford had no idea what a flop it would be. 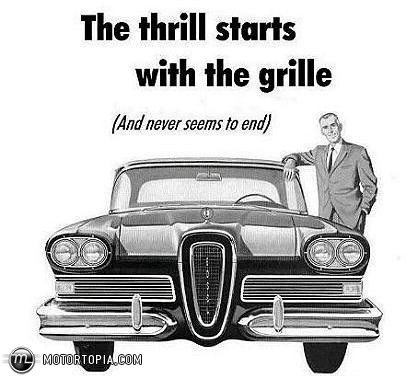 The public found Edsel’s “unique styling” uniquely hideous.  The most memorable design feature of the Edsel, its front grill, resembled a horse collar in many people’s eyes, or worse: a toilet seat! (It got worse than that, too.)  A popular joke at the time referred to the Edsel as “an Oldsmobile sucking a lemon.”

danger.  The Teletouch pushbutton automatic transmission selector, for instance, was billed as an advancement in ease of driving and safety.  However, since the buttons were located at the center of the steering column where the horn had traditionally been, many drivers inadvertently shifted gears when they went to sound the horn! 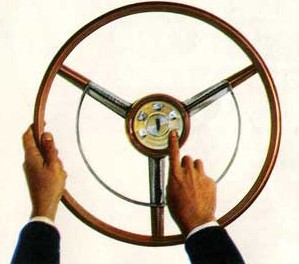 These are just a couple on a long list of mistakes that would likely have been avoided had Ford moved from Risk to Listening rather than Risk to Production.  That is, once Ford had committed to producing the Edsel, a commitment to Listening would have suggested they test their prototype on actual potential customers rather than showing it only to marketing executives and sales people.  Three years after the first Edsel appeared in showrooms, Ford discontinued the line, having concluded that its losses were draining the company dry.  A little time devoted to Listening beyond the Dreaming and Hovering stage could have saved them millions.

Ford’s experience with the Edsel reveals an uncomfortable parallel with the spiritual life.  What led to Ford’s failure to produce a car the public wanted was its overconfidence that it had figured out what the public wanted through its intensive market research.  Likewise, people of faith often run into trouble when they think they’ve heard “the word of the Lord” and stop listening after that – to other people and God.

Think of all the people you have known or encountered who have taken what by all appearances is a wrong path – even a harmful path – yet who “stay the course” due to their unwavering certainty that God has revealed their path to them.  The mere suggestion that they reconsider where they are going or what they are doing sounds to their ears like temptation to disobey God’s will.

Sometimes such people may very well be following God’s will and we are the ones who need to wake up to reality.  But one of the surer signs that a person is out of touch with God’s will is that they are absolutely certain they are following it. 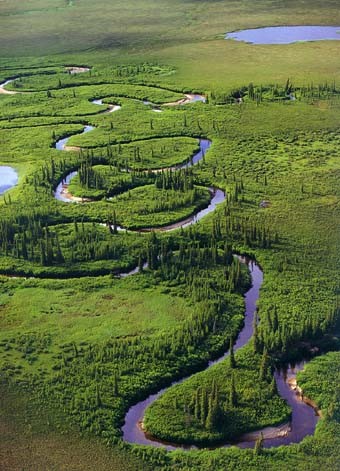 It’s not that God doesn’t want us to be confident in the direction we’re called to follow.  It’s just that our path through life is never a straight one.  It’s not meant to be.  Not even Jesus’ path was a straight movement from Point A to Point B, literally or figuratively.

In essence, the spiritual geography we negotiate through life is like a meandering river that finds the path of least resistance to the distant sea.  Sometimes that flow is like a mighty torrent, raging straight ahead down the face of a mountain.  But other times, it moves slowly, zig-zagging and even doubling back before moving forward again.

Just as a river is intimately connected to the earth’s terrain, so our lives are connected to at least three different types of terrain.  There is the physical terrain that we can see and touch.  There is the non-physical terrain, a portion of which we can feel and intuit but is largely dark to us.  And there seems to be something like a “terrain of potentiality” – terrain that acts much like a quantum field.  It’s the part of the terrain ahead of us that is shaped in part by the conversation we are having with the world and the level of intentionality and attention we are devoting to it.

None of the terrain around us is static, not even the material terrain.  It morphs and shifts over time, resulting in the need to either change course regularly or encounter insurmountable resistance.  When we surrender ourselves to the flow of the Holy Spirit, what we are doing is surrendering to our best course through the terrain that surrounds us – terrain the Spirit knows far better than we do because most of it is invisible, and much of it is imperceptible.

Consequently, reason and logic only get us so far.  But reason, logic, and surrender to the flow of the Spirit gets us to the distant sea with least resistance.  As Jesus said, “My yoke is easy and my burden is light.”   At least his yoke is “easy” and “light” compared to any other route we can take through life.  There’s still plenty of struggle!  Sometimes the flow we are being invited into is not a gently meandering stream but a raging river – at least for awhile.

All this is to say that continual LISTENING – sensing the flow – is crucial to spiritual path.  You can’t just DREAM, HOVER, and then RISK once you’ve discerned your way ahead.  Every step forward puts you into new terrain.  So you must be attentive to where your life is trying to flow through that terrain lest you miss a crucial turn and your life starts resembling water trying to flow uphill … or traveling downhill like an Edsel.