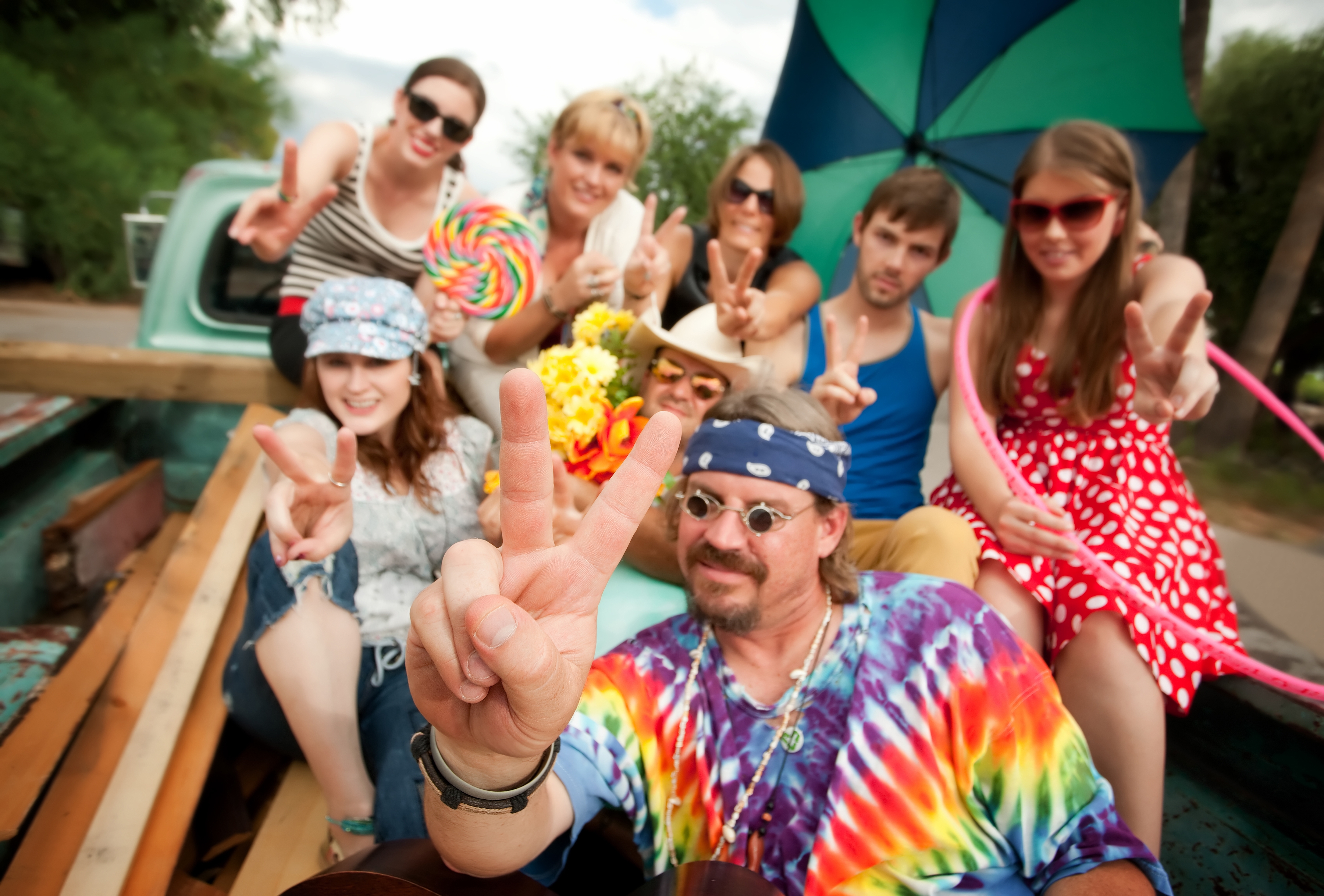 “Hey Jesus, lighten up.  We’re, like, totally into peace.”

Pretty much everyone I know is into peace.  I know that’s not a universal, but I’ll extend the subject group to include my family, friends and acquaintances.

Peace is good.  Peace is cool.  I have a cover for my IPhone that says “Peace” on it.  “Peace out, man.”  I’ve got peace like a river and I give peace a chance. My friendly neighborhood cop is a peace officer and my son got an award for being a peace-builder in kindergarten.  I’ve been to the  Dayton International Peace Museum and a friend of mine spent over a year driving around the country with his Peace Bubble asking people if peace is actually possible and what peace looks like.

So it’s pretty easy to love peace.  It’s quite the fashion these days.  I’ll buy the shoes, the t-shirt, the earrings and the bobble-head Gandhi.

Even so, it strikes me that something might be missing.  Because Jesus was saying “Blessed are the peaceMAKERS.”  If you MAKE a sandwich, you have to start with a bunch of stuff that isn’t a sandwich and figure out some way to turn it into a sandwich.  If you MAKE a movie, you have to throw together whole bunch of things and people and ideas and actually turn them into something that they weren’t already. 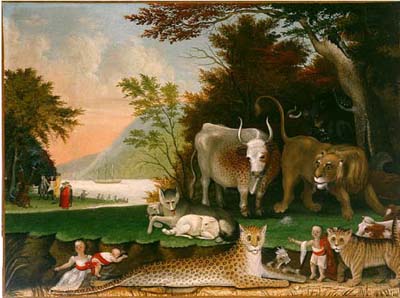 It’s rather simple thinking to speculate that peace is the nature of things.  However, unlike the pastoral imagery in Edward Hicks’ “Peaceable Kingdom,” I don’t think it actually is.

If the Buddhists are right, life has something to do with suffering and compassion has to do with the mitigation of suffering for others.  I think that is true.  I haven’t always bought into the suffering idea…and still not sure I’d frame it that way.  But, I haven’t the time to sit under a Bodhi tree and work it all out, so for the moment I’ll go down that road with the Buddha.

I don’t think peace is natural.  I think fighting, struggle, eating other living things, jostling for position.  I think that’s natural.  If we are to make peace, we have to actually swim upstream against the flow of our nature.

Personal case in point, using Michael Dowd’s excellent model of the brain using a lizard, a rodent, a monkey and a porpoise.  I gave up my seat on the plane yesterday for a young mom with a maybe three-year-old daughter so they could sit together.  I was in the cushy window seat because I had everything set up just right.  I was one of the first people on the plane, grabbed the second row window and prayed to God in Heaven that no-one would take the middle seat.

So when this mom, looking pretty stressed, got on last with her daughter, the only seats left were individual seats right in the middle.   The flight attendant asked if anyone would give up their seat for the mom and daughter so they could sit together.  I hesitated a moment, because I figured someone would give up the obvious choice, an aisle seat.  Silence.  On a plane full of people.  Maybe 150 people in either an aisle or window seat, no one volunteered.  So I did.  OK.  So, yes, I am a paragon of virtue, right?  Well, not so fast.

So I end up in a middle seat with a man on either side, and immediately (internally) project my disdain upon them.  Either of them – like just about anyone else on the plane – could have offered to switch.  They didn’t.  In fact, they avoided it.  To make things even worse, the guy in the aisle seat  who could have so easily moved up one row and helped out the struggling mom, is reading a book by a political figure that I pretty much loathe.  I did glance over to notice that all the words on the page were less than six letters.  I figured that must be the maximum for the audience of that particular author.  So now, in my mind, this dude is a complete idiot, unworthy of even the smallest kindness ever.   When he sneezed, I did not offer a “geshundheit.”

So I have to make peace with this guy to get the blessing?  Man, that is so harsh.  But what if he wants to make peace with me?  I’m not really up to it.  So I might be a peace lover, but if this guy tries to make all friendy with me I’m pretty much ready to shut him down.  I don’t know if I’d throw a rock at him…but, then again.

So, in the brain according to Dowd, my higher porpoise (actually a positive thing – let’s help this woman out) is feeding back to me in a soup with all the lizard stuff.  “Me kill neighbor and eat him, that teach lesson.  Next time he be more like me.”  And the little rodent that just wants to assert superiority is there, too.

And we’ve got to go against all that evolution when we want to make peace.  “C’mon Jesus, can’t we just skip this one. Michael Dowd says my lizard brain and my rodent brain need to go for a walk now and then, and they definitely don’t want to make peace today.  I promise to LOVE peace.  Isn’t that enough?”

But it is possible to be peaceable.  To make peace. 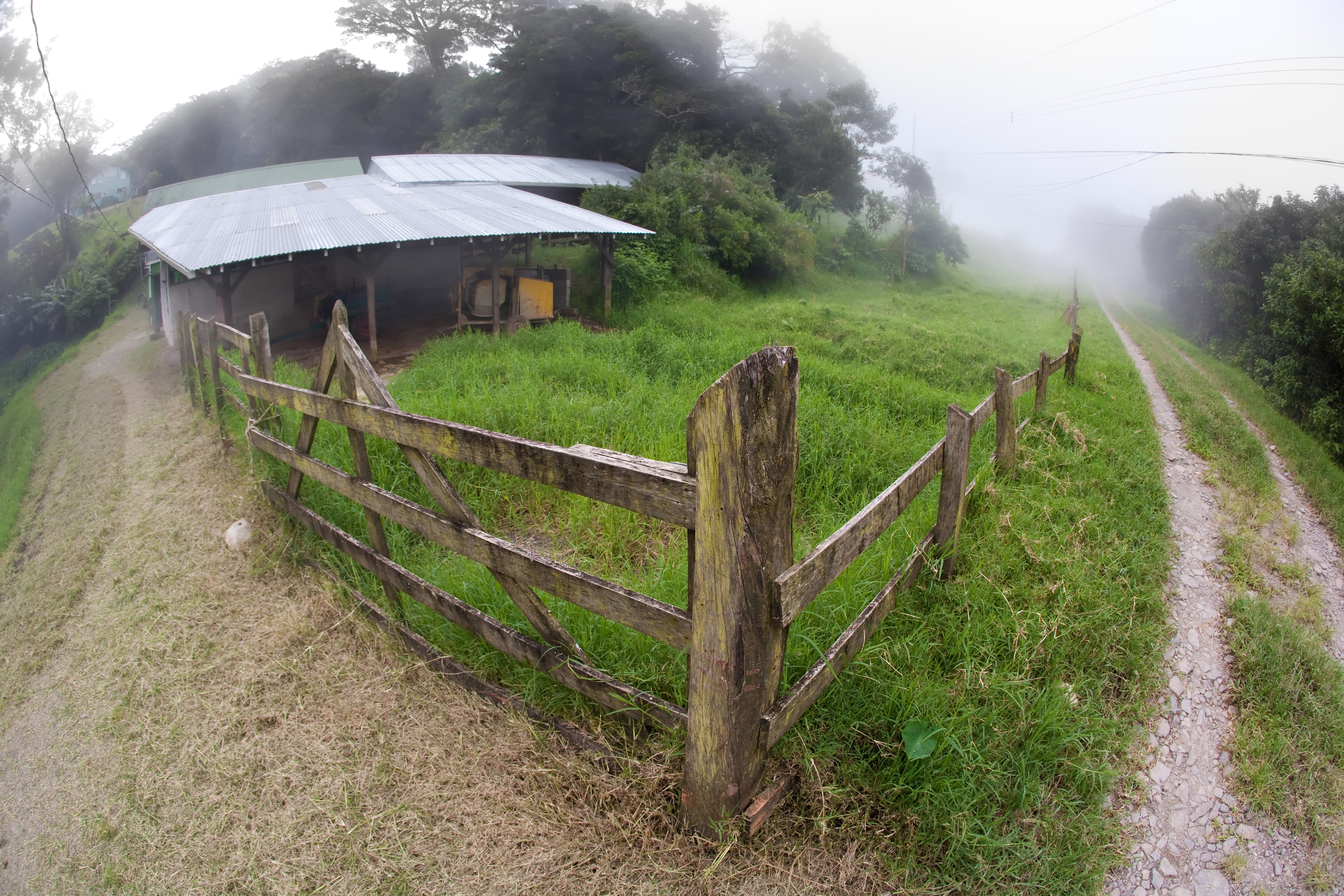 Monteverde, Costa Rica is a close rival for my favorite place on Earth.

It was founded in the early 1950’s by conscientious objectors to the Korean war, primarily Quakers.  It has its problems, including meth and petty theft…and a horrifying bank robbery that left 13 people dead in 2005.  However, it is still in my opinion a most peaceful place.  Probably because it was created as a place of peace.  The Quaker influence is still strong.  People get along.  That’s really the thing.  People pretty much get along.   You can walk at night.  People are polite.  In 1949 Costa Rica abolished its military and diverted the money towards health care and education.  It’s held free and transparent elections ever since.  In 1987 Costa Rican President Oscar Arias won the Nobel Peace Prize for his efforts to help stem violence in other war-gripped regions of Central America.  They made peace in Costa Rica and they made peace in Monteverde.  It’s not perfect.  It may not last.  But they made it.

I suppose if they can do it, it might actually be possible for me, too.  But I’ll have to work at it.  Make it out of nothing that already exists, and fight at least part of my nature to see it through.