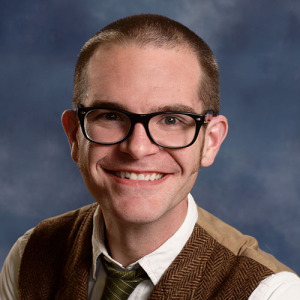 Plymouth Congregational Church, United Church of Christ, has called the Rev. Quinn G. Caldwell, a native of Groton and graduate of Cornell University, as pastor and teacher.

Caldwell is well known in the wider United Church of Christ (UCC) as a member of the UCC Stillspeaking Writers’ Group and an author for the Stillspeaking Daily Devotionals, published on the UCC website. (http://www.ucc.org/feed-your-spirit/daily-devotional/) He is a former associate minister at Old South Church in Boston and since January has led the Under-40 Writers Group for the UCC website’s Feed Your Spirit section on the denomination’s global reach.

Caldwell is the co-author of The Unofficial Handbook of the United Church of Christ, published last year. The UCC describes it: “The co-authors – two young UCC ministers who are lifelong “UCCers” – have written this useful resource for all UCCers, but particularly for millennials: confirmation-aged youth and teens. Readers will learn about, appreciate, and be proud of their denomination—while not taking themselves too seriously.”

His other wider church activities include co-creating “Bless,” a small group DVD resource; co-hosting “Bless: A Conference for Worship Leaders” in 2011; and co-creating the nationally streamed commissioning service for Misson:1, also in 2011.

Caldwell graduated from Cornell with a BS in natural resources in 1999, and received his master’s in divinity from Union Theological Seminary in New York City in 2003. Before being called to Old South Church, he spent two years as a pastoral resident at Wellesley Congregational Church in Wellesley, Mass. in a unique training program paid for by a Lily Endowment grant. There, one of the UCC’s most respected ministers, the Rev. Martin Copenhaver, tutored him in the practice of ministry.