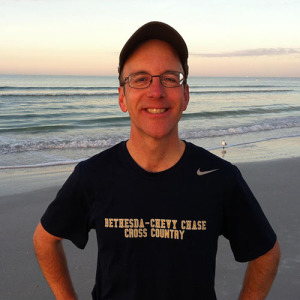 Peter grew up in Lynnfield, Mass. His family attended Centre Congregational Church there. He has a sister three years younger than he. He received his BA from Colgate University in Hamilton, New York in 1984, and his MDiv from Yale Divinity School in New Haven, Connecticut in 1987. He and Dave met at Yale Divinity School. He served as Associate Pastor at First Congregational Church in Ithaca, New York from 1987 to 1989. He and Dave moved to Chicago in 1989.

He was the founding Executive Director of a comprehensive HIV/AIDS care organization in Evanston, Illinois and later worked as a development director for an AIDS organization and a non-profit affordable housing organization.

Peter and Dave were called to UCUCC in June of 1994.

Peter has a wide range of responsibilities, including monthly preaching, counseling, and teaching. He is the Staff Liaison to the Ministries of Outreach and Mission: the Mission Board oversees the distribution of the over $100,000 Mission budget; the Social Action Board advocates for and provides the Church’s voice for justice and peace in the wider community; the Child Care Board oversees the two in-house child care centers. He is also the Staff Liaison to the Christian Education Board and the Elementary Committee, which oversees the education program for the first to fifth grades in the church.