Last week on Twitter I watched an amazing thing happen. I watched the government of Egypt fall. Nick Kristof and Christiane Amanpour were tweeting live from Tahrir Square, and other people were retweeting stories from other news agencies. The revolution was televised…but first it was organized via text message and Facebook (Facebook! People got Facebook invitations to the protests!). Then it was tweeted live, and broadcast on YouTube.

So when I began to think about peacemakers, I thought of the Egyptian people, who brought down a 30 year regime with comparatively little violence. I specifically thought about and prayed for people like this: 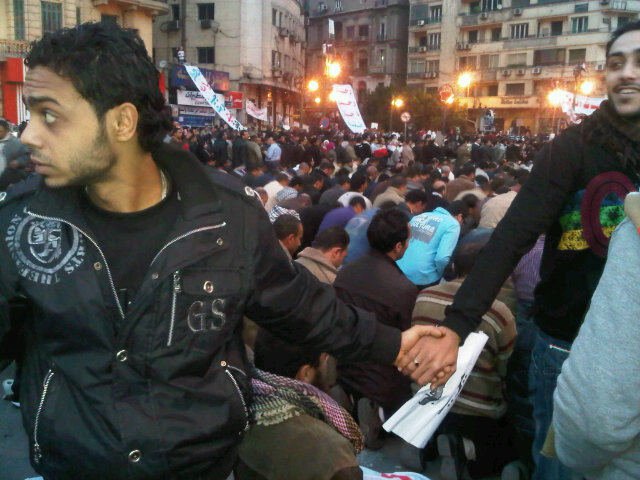 That’s a widely distributed photo of Christian Egyptians guarding their fellow Muslims during prayer in the early days (and if there’s any time when prayer is needed, it’s when you’re protesting). Peacemakers.

A human chain protecting the treasures in the Cairo Museum during the protests. Other groups guarded the library in Alexandria, and while incidents of looting did occur, people came together to stop it. Peacemakers. 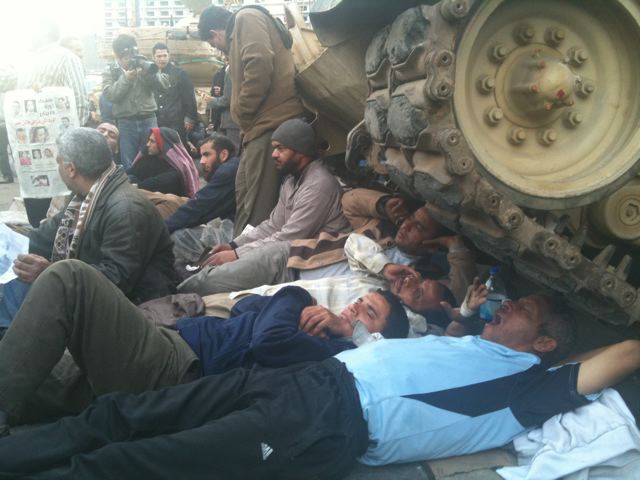 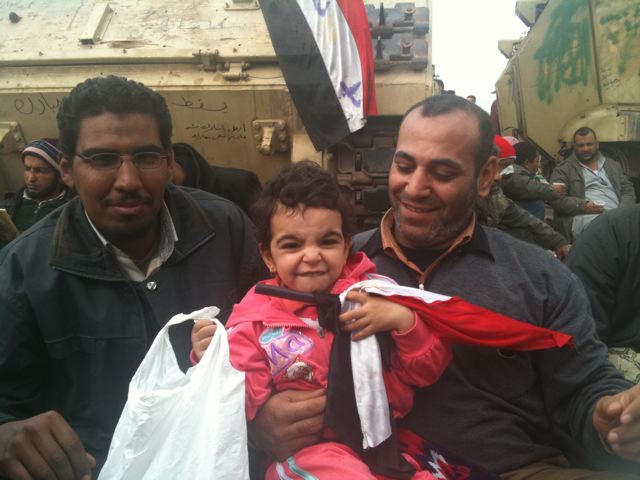 (The previous two images are from Thanassis Cambanis‘s blog. Click the link and read his posts.)

Egyptians slept under the treads of tanks. The protestors allowed the tanks in Tahrir Square to protect the National Museum. When the tanks tried to move further into the square, they laid down in front of them. They brought their children to the protests. Some people brought food, and water, and medical supplies or experience. Peacemakers.

It wasn’t perfect, of course. But in the midst of a revolution like we’ve just seen in Egypt and Tunisia, some take the role of peacemakers, and all are children of God.