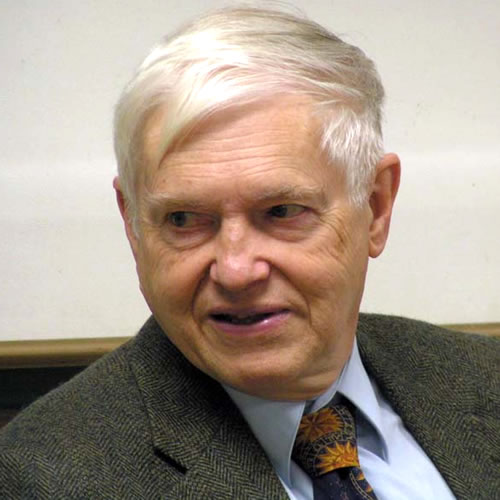 Dr. Owen Gingerich is professor emeritus of astronomy and history of science at Harvard University. He grew up in a Christian home and attended a Christian college in northern Indiana that had a motto of “Culture for service”, something that was very important in thinking about what he might do with his life.

When it came time to go to graduate school, one of his science professors told him “If you feel a calling to go to astronomy, you should give it a try, because we shouldn’t let atheists take over any particular field.”

And so he went on to a career in astronomy. In the late 1980’s, Dr. Gingerich had a unique opportunity to give a lecture at the University of Pennsylvania on the topic of science and Christian faith. Since then, he’s been trying to help people better understand God’s creation. For example, God could have made the universe in many different ways, but given the particular way it appears, it suggests that we wouldn’t be here if the universe were not very, very old, because out of the big bang came hydrogen and helium, but not oxygen and the iron we need for our blood, for instance. Those things came from the interiors of giant stars and had to cook for long, long periods of time before we got those elements abundant enough for sustainable life. It’s a marvelous picture, and Dr. Gingerich is actively involved in telling people about it.

Evolving Universe E5 – Is There Evidence For God?