“A life spent making mistakes is not only more honorable, but more useful than a life spent doing nothing.” – George Bernard Shaw

Our Facebook question this week for Darkwood Brew seems simple enough.  It has all the hallmarks of a motivational speaker moment.  Kind of trite and simple and the sort of thing you can answer without thinking about too hard if you want to.

“What is important enough to you to risk making mistakes for?”

It gets more interesting, I think, when we consider what we would be willing to make a big, public mistake for.  Something people will remember.  The sort of thing that might make us appear foolish. Maybe the one thing people remember about us being that single mistake.  All of our achievements collapsed into one Homer Simpson moment.

Given those circumstances, what would you be willing to make a mistake for.  To be completely wrong about?  To be proven without a doubt to be gullible, naive or just not too bright.

It seems to me that the question starts to take on less of a party game aspect when you think of it in those terms.  The stakes are higher.

I think in Paul’s letter to the Galatians, he’s asking them to be ready to risk a lot.  To make those kind of big mistakes.  He wants them to leap before they can clearly see the net.

The idea he’s proposing is that even if they do get it wrong, it doesn’t create a separation between them and their God.  Paul is telling them that there is nothing they can do get outside of the divine.  They are in it.  It is in them.  They don’t really have to “do” anything.  It’s not about laws or acts or signs.  It’s freedom.  Freedom not just from conventional wisdom about who’s in the and who’s out, but freedom to act boldly.  Freedom to include people rather than avoid them or worse.

In the last few lines of Chapter 3, Paul is sort of wrapping up a point:

“…all of you who were baptized into Christ have clothed yourselves with Christ. 28There is neither Jew nor Gentile, neither slave nor free, nor is there male and female, for you are all one in Christ Jesus. 29 If you belong to Christ, then you are Abraham’s seed, and heirs according to the promise.”

I’m interested in those relationships.  Jew/Gentile.  Slave/free.  Male/female.  I think they would have been immediately evident to the Galatians as status relationships in a much deeper way then we might take them in.  There were so many rules and norms about how one person related with another.  I think Paul is saying: “No one is more important or more valuable.”  It’s not just that everyone is equal, that’s way too simple.  It’s that everyone occupies a certain kind of perfection in and of themselves.  When no one is superior…when, in fact, those “clothed in Christ” realize that status doesn’t exist in any way other than our own small view of things…it seems to me that there is no choice other than to play our role to the absolute best of our ability.  To “be” that person we are given the gift of being.  Jew, Gentile, Atheist, Muslim, Buddhist, Hindu, and all the nuances of those groups and all the others – Paul’s letter to this specific group at this specific time in history may also be a challenge to us to risk making big mistakes.  Not to teach others or to try to fix them, but to live genuinely into our own call and our own bliss.

So let’s consider the question again:

“What is important enough to you to risk making mistakes for?” 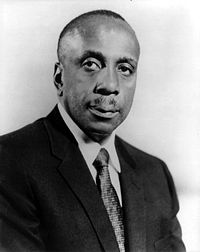 I think about this quote from the author, philosopher, theologian, educator and civil rights leader, Howard Thurman:

I want to believe that the things worth making big mistakes for are those things that bring us alive.  I think Paul could get his head around that.  Now if he could just get those pesky Galatians on board…