As I write this, it is almost precisely one week since a disturbed young man in my home city of Tucson shot 19 people, killing six of them.

From a distance – I’ve been in Omaha the past few weeks – I’ve watched my community suffer profound shock, sadness and mourning.  Tucson is a small town as cities go.  My wife, Anna, works for the Southern Arizona AIDS Foundation.  At a meeting on Thursday, the director asked for people to raise their hands if they knew someone who had been present during the shooting…or knew someone who knew someone.  Every person out of the 50 or so in the room raised their hand.

One moment in our history changed everything about who we are and what we will be as a community.

Our friend, Michele Bauer, is featured in this video.

Building a Memorial in Tucson

She and her husband are metal artists.  Her family – husband and two young girls – helped to create the memorial.  We are very proud of them for their strength and compassion.

On Saturday, I felt pretty numb to the whole thing.  Just down and kind of removed.  This week has been a week of processing.  I’ve been very sad at times.  And feeling helpless.  Particularly at such a distance.  My Tucson friends are doing their mourning together…and while I am definitely among friends here…I am separate from my family and the people who “get” Tucson.  I think we are all mourning the loss of friends and colleagues, but also the loss of a sort of innocence of community.

Out of that sense of frustration and sadness, I created this graphic, which I shared as way to help my friends and people in the community express their feelings in a small way…via Facebook. 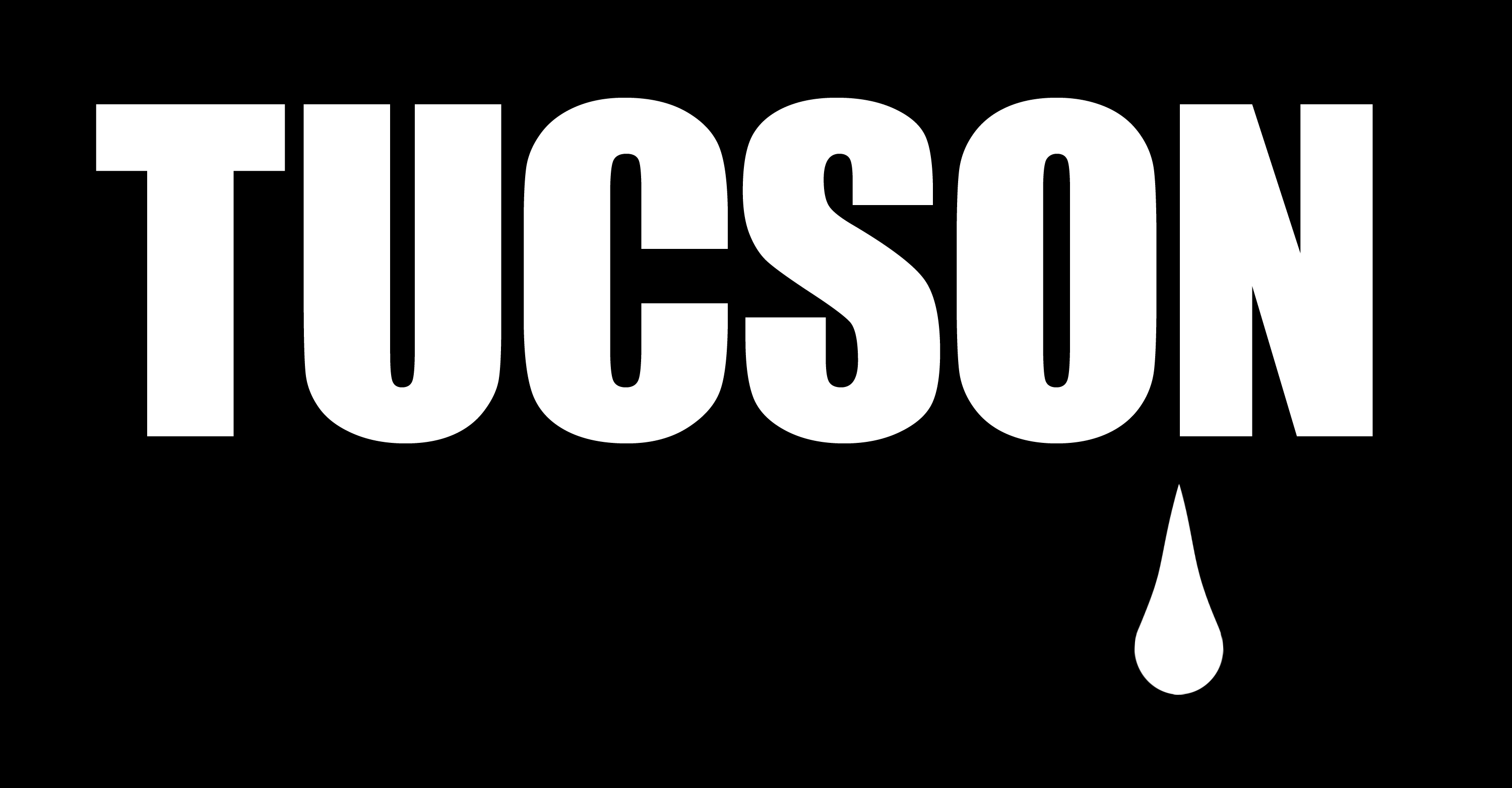 The “Tucson Tear” logo has become something of a symbol…starting on Facebook with hundreds of people (far beyond people I know) copying it and using it for their profile icon.  Since Sunday, people have made and distributed T-Shirts, buttons and stickers with the logo.  So I’m glad to be participating in this small way in helping our community express its sense of loss and mourning.

Here’s a story by Carli Brosseau about the spread of the icon:

Behind the Viral Tucson Tear

When you have to worry about taking your children, husband, wife, friends or even yourself to Congree on Your Corner in Tucson, well, you have lost an ability to connect in a way.  You have become slightly more isolated, in a city that eschews isolation.

Several years ago I was a finalist in a newspaper competition to come up with a slogan for Tucson.  My entry: “Take it Outside.”  My sense is that Tucsonans like to mix.  Rub elbows.  Walk around.  Bump into people.  I wonder if we can do that in the same way again?  I think last Saturday will always be with us.  People will be a little more afraid of each other.

So, half of the title of my entry this week is “Blessing.”  I haven’t said much about that yet.  Where is the blessing in this tragedy?  If you didn’t experience it in the video entry above, you just won’t get it.

Between 26,000 and 27,000 people went to see Obama’s message for our community at the recent memorial service.  That’s in a city of 486,000 people.  That’s more than one out of every 20 people.  Democrats, Republicans, Socialists, Tea-Party and Coffee-Party adherents, Marxists, Libertarians and people who really don’t care much for politics.  They stood together and mourned and cried and sang and left in solidarity with their neighbors.

Gabrielle Giffords’ opponent in election last time around was just nasty.  In a political environment where one side was making big strides against the other,  and in the face of personal attacks, Giffords was unfailingly civil and respectful.   Tucsonans like that quality, and I think they saw the attacks as political rhetoric and not really useful dialog.  I think if the other guy hadn’t been such a jerk, he might have won.  It was close.  In the end, most people would have said that Giffords class and measured response took the day.  Not everyone…but enough to land her back in office for that third term.

So, in the aftermath of an election season that made us all want to shower to get the muck off, I believe we are currently blessed with a touchstone for civility and discourse.  Even if the shooter was a disturbed young man and politics may not have been at the core of his motives, we let our guard down.  We let people engage in violent…or at the very least aggressive…rhetoric.  So, whether or not public vitriol was at the center of this, we are blessed with a sad reminder that vitriol doesn’t fit in a life that is too precious and too short for anything less than compassion, engagement, community and love.

Finally, a story of grief and healing…expressed through the loss of a child and bestowed as a blessing  on a community in mourning.

Kindness Blowing in the Wind