In the early 1990s, my wife Melanie worked as a food technologist in Research and Development for a large frozen foods manufacturer.  One of her team’s projects involved developing a new macaroni and cheese product that could be sold in the frozen food aisle of local supermarkets.

The team worked hard and brilliantly.  I don’t know the secrets of what the team did to make their prototype macaroni and cheese so good.  I can imagine them searching for special cheeses that would retain their distinct aromas and textures after being frozen and reheated, experimenting with ingredients that would give the dish a rich and creamy “mouth feel” without seeming heavy or overly filling.  The product they developed was better than any version to be found on the market at the time.  It was even better than homemade! 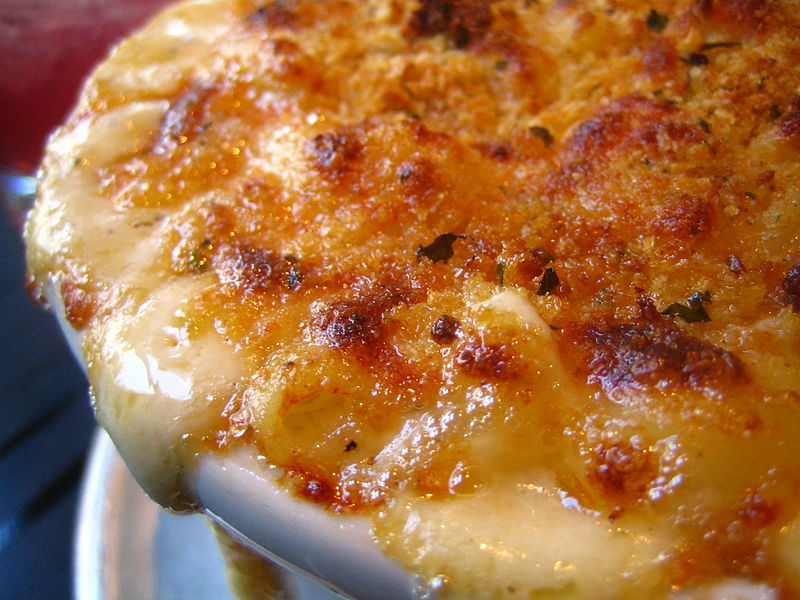 But before going into production, the product had to be tested by the marketing department to ensure it was a right match for consumers.  Management knew there is often a difference between what tastes good and what sells.  A group of consumers who represented the general population was invited in to sample the product.  The result?

Those who identified themselves as cheese lovers thought it was pure ambrosia.  They loved it and were ready to buy–by the truckload.

Those who identified themselves as not liking cheese, however, had a different opinion.  They said they’d rather die than purchase the product!

Then there were those who identified themselves as indifferent to cheese.  They said the product tasted a bit too cheesy, but they might purchase it on a good coupon special.

As a result of this feedback, the food technologists were sent back to their test kitchens, instructed to develop an alternate, less cheesy version.  Then the focus group was brought in again to test the new product.

This time, the cheese lovers were greatly disappointed, but they admitted they’d probably purchase the product anyway.  While it didn’t tasked a lot like cheese, it hinted at cheese, and they surely loved cheese.

Those who were indifferent to cheese thought it was a winner.  To them, it tasted like cheese, but didn’t taste much like cheese, so they’d readily purchase it.

Even the cheese haters acknowledged they’d make a purchase.  After all, other people in their household liked cheese, and if they had to eat some, this would be the product of their choice.

You can guess which product made it to a frozen food aisle near you.

The triumph of the mediocre.

No doubt about it, I am a foodie.  Although it is tempting, it would be both unfair and untrue to excoriate the manufacturer for developing a bland frozen macaroni and cheese product.  Bland mac ‘n’ cheese is a symptom, not a cause of a tendency in human culture to privilege the mediocre over the sublime.  With respect to high volume, mass-produced food products, this is perhaps as it should be.  Why should people who are indifferent to, or hate, cheese be forced to eat the cheesiest version of macaroni and cheese that can be produced?  In a food industry dominated by the economics of mass production, sales, and consumption, it is probably more fair–and certainly more profitable–to make something that appeals to a broader audience than to just the few who would move mountains to find a good piece of cheese, especially if you can bring these cheese lovers along for the ride.

But what if you are a cheese lover who doesn’t want to go along for the ride?  And what if it’s not macaroni and cheese you’re interested in but finding your place in the world?  Now things suddenly get complicated.

When it comes to finding your place in the world, your central challenge looks like this:  Imagine that you are asked to sit down at a table and a box of frozen macaroni and cheese is placed before you.  Now imagine that the one who sat you there assumes there is not a shred of difference between you and the frozen food product.

It would be a stretch to assume people actually treat others this way.  People don’t often do this–but processes do.  Countless are the processes that seek to tame the energy inside you, just as they seek to tame the wild energies of the world.  While this energy inside you is a direct gift from the Spirit, there are a number of processes governing everything about you, from your vocation to your vacation, that will attempt to shape your life until it is as palatable to the masses as that macaroni and cheese product.  These cultural and economic processes start working on you early in life, long before you become aware of that is even happening.  Far better to consume you this way.

These processes that treat you as if you were nothing more than raw material on a production line are an enormous part of the culture we live in.  We are immersed in them.  If you live an unreflective life, allowing these forces to shape you unawares, they will take away your name and give you a number.  They will not ask what brings you fully alive in this world, but will demand instead that their world lives in you.  They will not ask what is the specific good that you must do to live into your full humanity.  Instead, they will empower you to do only the good that keeps their specific processes alive and well, running seven days a week, twenty-four hours a day.

The powers behind these processes will work hard to make you happy to do these “good” things.  They will reward you financially, or at least promise such.  They will create endless amounts of entertainment that will shape your desires in such a way that their values become your ideals.  They’ll shape business, politics, education, even the arts and religion, to support these values, and they will make your feel “righteous” or “patriotic” for supporting them, too.  Then they will own you.  Your life will serve the lowest common denominator.

We don’t think about all this most of the time.  At least we don’t until we either get a taste of the sublime and begin to dream about what life could be like, or we fall into despair and wonder how life has drifted into something so far from anything we love or care about. Then we start to pine for the Dark Wood where lightning flashes, thunder crashes, and a path is illuminated.