In the last post, I promised to give you my best take on how we go about living GOD’S dream in the world rather than merely expecting God to live within ours.  Actually living within God’s dream is closely related to living our own – as long as we understand that “our” dream isn’t simply whatever happens to whet our ego’s appetite or ease our fears.  “Our” dream and “God’s” dream converge at the point where our SOUL catches fire. 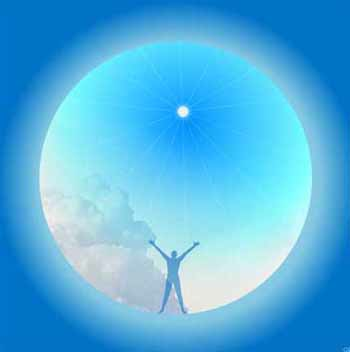 transcends mere physical survival.  If these needs happen to be met through one’s vocation, a person can work incredibly hard and never feel like she or he has been working at all.  That person may lie awake at night dreaming about ways to do their work better for no other reason than such dreams give them pleasure.  Yet if the soul’s needs aren’t being met, then a person can work a tenth as hard and the only thing they’ll dream about with respect to their work is how to do less of it.

This summer I told a story about the two brothers who own a car repair shop called Simba’s Automotive.  I vowed to my congregation to keep retelling this story until everyone at Countryside knows exactly what I mean when I refer to the “Simba’s Way.”  So if you don’t know what I mean … Here goes:

Since I was a young child on up to the present day, these two brothers have been treating automobiles – and their drivers – with such a high level of care and respect that you practically want your car to be sick just to experience the “Simba’s Way.”  In preparation for that sermon, I checked recent Yelp reviews on their business and found people still raving.  One reviewer said she’d brought her car into Simba’s for one problem only to discover that they’d fixed another problem also – and for free.  “It just needed to be done” they explained.  That’s Simba’s!

Years ago, a friend of mine asked one of the owners what made their business tick.  He responded, “My brother and I are Muslim.  We treat every automobile as if Muhammad himself were to drive away in it.”

To me, this is the essence of ministry.  Ministry isn’t about who wears the robes, but who lives the life.  You can be a minister without ever preaching Jesus – or Muhammad – to the recipients of your labors.  You simply need to treat them as if they are the embodiment of your Lord.  When Jesus said, “Whatsoever you do to the least of my people you do to me,” he meant it! (Matthew 25:40)

Turning back to the healthcare example in my last post, someone who has found their “sweet spot” or “calling” in the healthcare industry need not ever preach Jesus to their patients to be deeply involved in Christian ministry.  They practice a “quieter Gospel.”  By treating their patients with the same respect and dignity as Jesus, they not only live within God’s dream, but make God’s dream a reality. 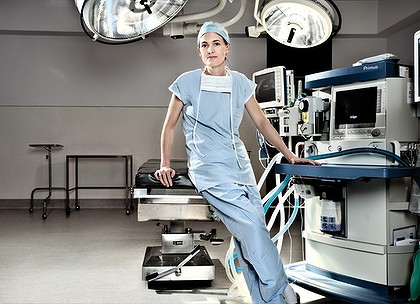 So for instance, a cardiac surgeon who treats her patients as she would treat Jesus does not think of her patients merely as patients, but as people. They are not defined by their condition any more than Jesus would be if he had heart disease.  And if Jesus were entering her hospital, she would not simply be concerned for the level of care he receives in her office, but how the whole hospital treats him.  She may not even stop there, especially since her soul is attached to both her work and to Jesus.  If her patient were truly Jesus, she might ask how the healthcare system as a whole is treating him.  If her answer was “poorly,” she might be moved to do something about it.  And what she would propose would most likely be more practical and attainable than any armchair pundit or theologian could propose.

A few months ago, I proposed a rather audacious goal to my congregation: that we should set a goal that every person at Countryside Community Church who seeks to find their “sweet spot” or “calling” in life should be given the tools to find it here.  And once they have found that channel through which their love and energy may be offered to the world, we as a church should come alongside them to help them reflect theologically on what it means to treat the recipients of their labors as if they are Jesus himself.  They should also be offered the opportunity to come alongside us to help us reflect on what it means that Countryside has a ministry in the field of their endeavor.  Once we have partnered with our members in this way, we should consider them to be real ministers.  Not ordained ministers who preach Jesus, but Ministers of the Quiet Gospel – Gospel the “Simba’s Way”!

At the time, I had no idea how we were going to pull this off.  Or rather, I had plenty of ideas of how we could pull it off, but not with the available pastoral staff to truly create a program that could accomplish it all.

I can’t announce on the Darkwood Brew blog what has just happened to make this dream a reality, but if you tune in on October 27th (Reformation Sunday), I think you will find the partnership we plan on announcing on that episode mighty intriguing.  We’re going to be doing all this not only for ourselves, but eventually inviting YOU to get involved!