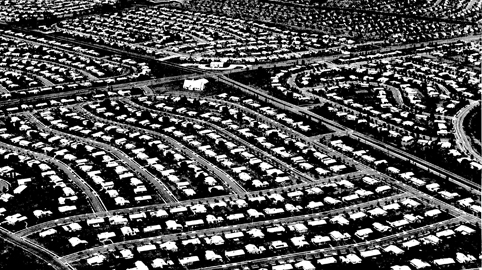 I remember the day the credit market crashed in 2007.  I remember it mostly because of the impact on my business.  That was the day everyone stopped paying.  It was eerily quiet in my office and difficult to get a return phone call for weeks.  It’s not that I had any less work to do.  Just that my clients existing outside of the not-for-profit or religious realm had decided not to pay.

So in between waiting for things to resolve I resolved to keep working.  I was operating on faith that it was the best strategy for the world economy.  Yes, thank you, I am personally responsible for any upcoming economic turnaround.  I also thought a lot about houses.  In between trips to the mailbox.

Anna and I bought our first house in the late 80s in Dearborn, Michigan and have owned several since.  Each time we stepped up in one way or another.  We’ve owned rental houses and still own one.  We believed in houses as the sort of cornerstone of the American dream.  Probably still do, truth be told.

Even if the credit debacle didn’t give you a major financial wedgie, if it didn’t call into question for you our reliance on houses as the way, the truth and the light of the American mythology, may I humbly suggest you weren’t paying attention.

Well, um, actually, I’m not sure I really work any harder than someone in Mongolia living, quite happily, thank you very much, in a yert.  I wouldn’t know how to milk a yak anyway.  Can you milk a yak?  I’ll have to look that up on Wikipedia. 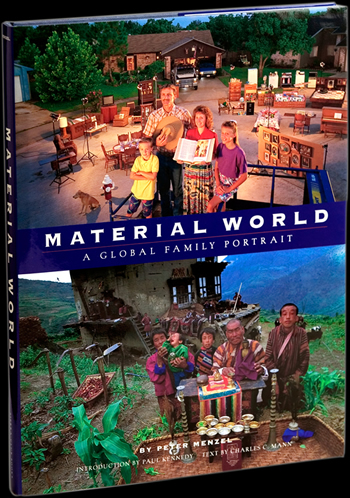 To that point (about the yert, not the yak) I was influenced in a big way several years back by Peter Menzel’s amazing book, Material World. If you aren’t familiar with the project, he traveled the world and went to a statistically average family in a number of countries.  He worked with them to take everything they owned out of their houses and put it in front…then photographed a portrait of them standing by all their stuff.  Most of his photos need no comment.  The cover – including a family from the United States and one from Bhutan – pretty much sums it up.

Scott Russell Sanders said in his interview with Eric for this Hope series, “The opposite of simplicity isn’t complexity, it’s clutter.”  I understand that to mean that the things in our lives that don’t add meaning and hope at least have the potential to detract from it.  Every time I bring something unnecessary into my life, I am responsible for that thing.  To me, that can be a belonging, an idea…and maybe even a square foot.  When is enough enough?  When is not enough already too much?

So Anna and I are at least thinking about getting off the train for a while.  Sell our house if we can for a fair price.  We’re not in distress, at least financially, and we’re not in a hurry.  Just house-tired.  It’s a responsibility.  We value the time we have together and the time we have apart doing things that feed our souls.  I’m not a huge fan of plumbing, painting walls or weeding.

What’s next?  I don’t know.  Maybe a condo or renting a house.  We’ll probably buy something again, but on a much smaller scale.  Something close into the city where we can be a part of that community.

So, I’m intrigued by the small house movement.  Have you heard of it?  Mostly it’s people who want to lighten their load on the planet a little bit and live an artful life.  I’ll simply (get it) leave you with these to marvel over and to think about.