Legally Blonde, or, how wealth only gets you so far

…”they sell the righteous for silver, and the needy for a pair of sandals.” Amos 2.6

Over the course of any week, I meet a few people who know about the Bible, about Christianity, and are genuinely interested in working on their relationship with the God of Jesus Christ through the power of the Holy Spirit. Invariably, when discussing some verse of the Bible, they offer up a version of this: “Who can know that?”

What they mean by that question is usually some specific historical or intellectual piece of knowledge that makes sense of a particular verse of the Bible. That is, without advanced study in the historical and intellectual background, how can any regular person, even an educated one (but not necessarily in the Bible) understand what the Bible might mean; or, even more importantly, what God might be offering as a word of comfort or challenge?

Throughout Christian history this very issue (the Bible has specific cultural and historical constructs that make it understandable) has led Christians to different ways to respond. One, is to take the Bible away from people who don’t have the necessary training and knowledge to understand it. People often do this for themselves, saying “This doesn’t make sense to me. Why bother reading the Bible?” And so people don’t, and the Bible often replaces the broken leg on the couch in the den rather than being a book read and cherished.

Another way to deal with the issue of the Bible being too hard to understand without advanced study is to say that there is no “right” answer to the Bible’s meaning in its verses, and whatever you get out of it, even nothing, is OK, because what the verses mean are whatever you think they mean. This works for a personal devotion, say, reading the Bible daily each morning as a way to listen to God; but it doesn’t do much for convincing other people of what God might actually be saying or doing. Most people need a little more than “it seems like to me” as a way to get behind a way to understand a verse, a chapter, or even the Bible itself.

Take a look at the line above from Amos, who is our Biblical companion during this series of Darkwood Brew. At first glance, the verse seems pretty straightforward: “they” (Israel) sells the righteous (other Israelites) for silver (money.) In other words: Amos is condemning the practice of slavery. Worse, he seems to be saying that the “needy” don’t get sold for money, but rather they get sold for a “pair of sandals.” Wow! How cheap must a person be if you can sell them for a pair of shoes? I tell you this, if you could buy a person to do your laundry, cook your meals, mow your grass, vacuum your house for the REST OF YOUR LIFE, and all you had to do was give her or his parents a pair of your shoes, would you do it?

Amos thinks that would be bad enough, but his condemnation is even worse than what you are are reading right now. Because the righteous and the needy are being sold for silver, and sandals which are Hebrew colloquialisms for legal ways to make trade. It’s bad enough that Hebrews are selling other Hebrews, but they are doing it LEGALLY! For Amos, the rich Hebrews have so lost their moral and ethical compass that not only are they participating in slavery, but they are using the law to make it so. They have the “sandals” to prove the transactions were legal, they paid the “going rate” (for silver), and did not buy their slaves on the cheap. (As if buying slaves at a discounted rate is somehow worse than buying them at full retail.) 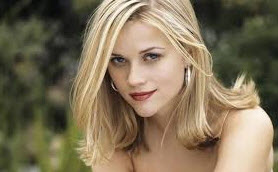 Enter Reese Witherspoon.  (And don’t think I haven’t wanted to include Reese Witherspoon in my blog before!) In her Legally Blonde movies, Ms. Witherspoon plays a lawyer who understands that privilege, wealth, beauty, and opportunity are not to be used in immoral or unethical ways. In other words, if you are of privilege, of wealth, of beauty, and of opportunity you are to use those gifts to HELP your neighbor, not to take advantage of your neighbor. It is precisely this that most frustrates Amos about his fellow Hebrews. They are using their money and power to take advantage of their neighbor, not to help their neighbor out. And God will not be impressed with such an abuse of such a gift.

This is where people say to me: How can we know that just by reading it? Answer: you probably can’t. But know this: you do have Jesus, and he knew it. And Jesus never used his power, his privilege, his wealth, his fame to take advantage of anyone. He always tried to help his neighbor, even those he didn’t like. Jesus took care of his neighbor  EVEN IF legally he did not have to help. He actually broke the law so he could talk to strangers, women, and sick people. For Jesus, if following the law caused you to not love somebody, then don’t follow the law. Love, justice, righteousness are all more important than laws.

You might not know the Hebrew that Amos is referring to, but you do know the story of a God who loves. According to Amos, and to Jesus, you can’t sell people even if it’s legal…because selling people (slavery) is not loving people. Even blondes know that.

May your tables be full, and your conversations be true.

Scott Frederickson, Ph.D., is a Lutheran theologian and educator who blogs regularly at “Thoughts from the Prairie Table.” (prairietableministries.blogspot.com)