Gregorian Chant and the Psalm on My Wall 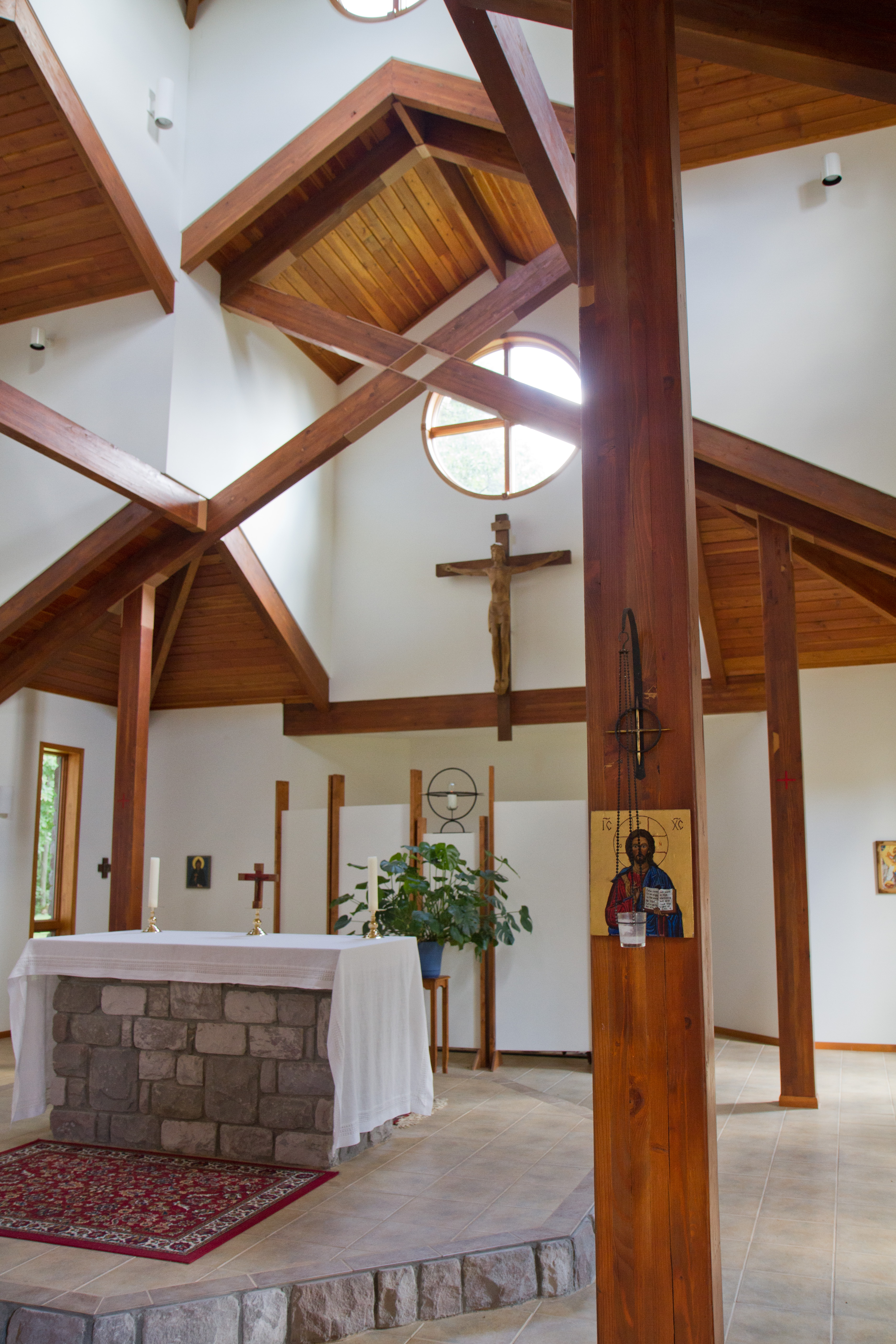 I spent Thursday evening through Saturday afternoon of last week at a Lutheran monastery in Oxford, Michigan.  I’ll bet you didn’t know there was such a thing as a Lutheran monastery.  It’s the only one in the United States that I know of.  There are a few more in Europe.  This monastery follows the Rule of St. Benedict, coming together for prayer seven times a day in addition to a daily service of Holy Communion.  I was invited there to give a paper for their annual Fellowship Day, held on the weekend nearest to August 28, the date of Augustine’s death.  I didn’t join them for the earliest prayer service at 5:10 a.m., but I did make most of the others.  A significant portion of the Daily Office consists of the chanting of psalms.  At this monastery they use Gregorian chant, including the traditional notation (see the notes in the picture below).  I chanted a lot of psalms in the course of 42 hours, and gained an even greater appreciation than I had before for what the psalms have meant to Christian monastics since at least the sixth century.  I hope this summer’s look at the psalms at Darkwood Brew has given you a similar appreciation for this “songbook of the church.” 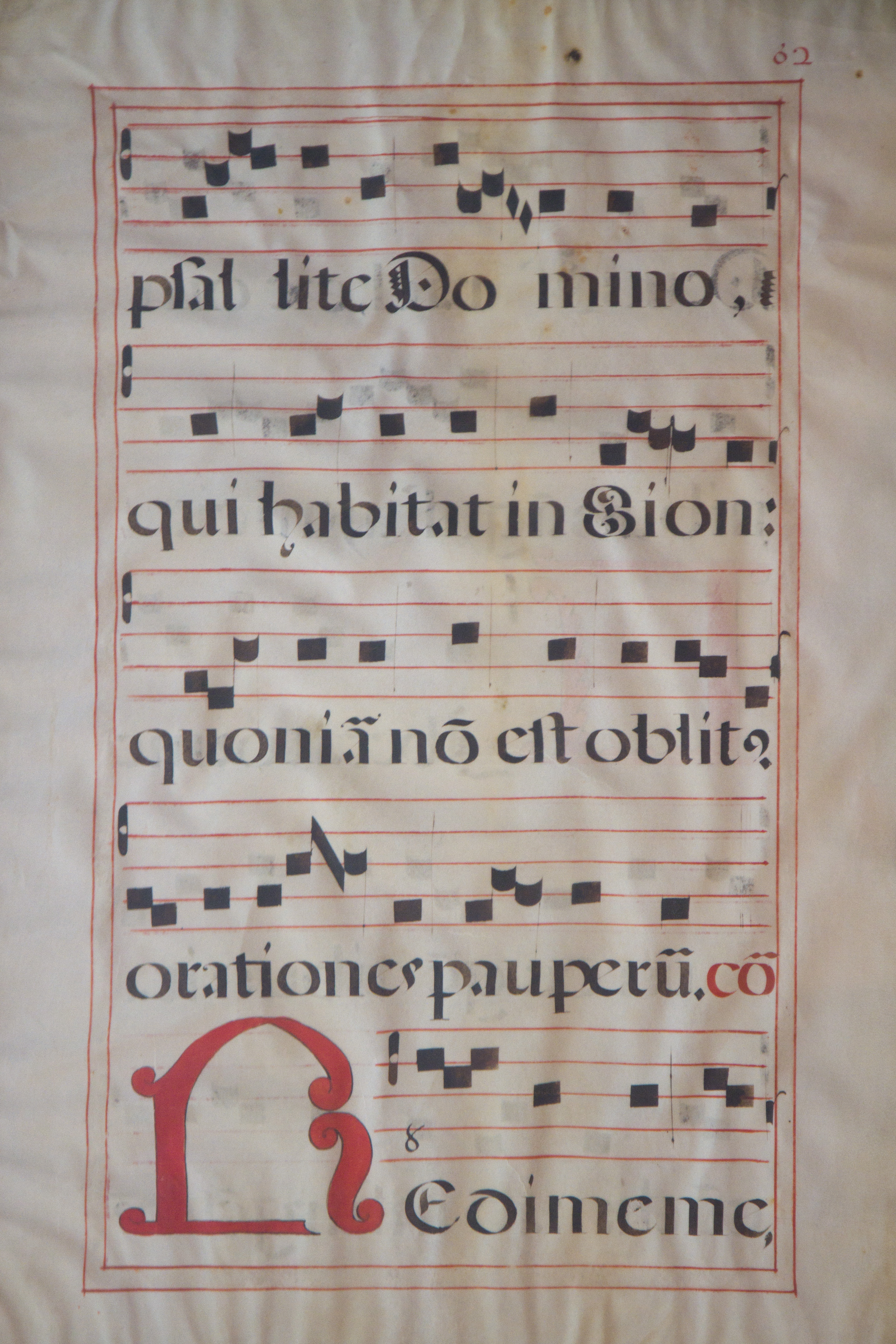 When my wife and I were married, my parents gave us a page out of a medieval choir book.  With my limited knowledge of Latin, gleaned from singing Latin texts in choirs since my college days, I knew that the first two lines on the page, “Psalite Domino qui habitat in Sion” meant “Sing to the Lord who lives in Zion,” and I knew that “pauper” near the bottom has something to do with the poor, but I never bothered to try finding out just what this text was, where it came from or what liturgy this page was actually from.  Until, that is, I was asked to write for this blog by my good friend Chris.  Then it occurred to me that that page was probably a psalm.  I spent most of the morning on my day off back in July figuring it out.  I quickly guessed that the first line was from Psalm 9, the first half of verse 11: “Sing praises to the Lord, who dwells in Zion.”  But the next bit is not the rest of verse 11.  I plugged the words into Google translate.  Didn’t make sense.  After looking at the Latin text of Psalm 9 for a while and reading about medieval manuscripts on the internet, I finally figured it out.  The rest was from the second half of verse 12 “…he does not forget the cry of the afflicted.” What I didn’t know, but finally figured out, is that – as in Greek and Russian manuscripts that I’m more familiar with – scribes sometimes used abbreviations to make the text fit the page.  The reason Google translate wasn’t working was because I wasn’t typing in compete words.  I missed the “-m” and “-us” endings that are indicated by little squiggles above a final consonant, or a tiny loop at the end of a word, which I had simply ignored.  Once I figured this out, I was also able to figure out what it was used for.  This is part of the offertory for the Third Sunday after Pentecost in the Roman Catholic calendar.  I found the Latin text of the propers here.  Some of you are bored to tears if you’ve even made it this far in my blog entry. <virtual kleenex> A few of you, though, who might be a little nerdy like me, might share my feeling of how very cool it is that I was able to figure all this out with just an internet connection and a little persistence.  What a fun way to spend a morning off.  Thanks, Darkwood Brew!

Now, can anyone help me figure out what the heck that last line is?