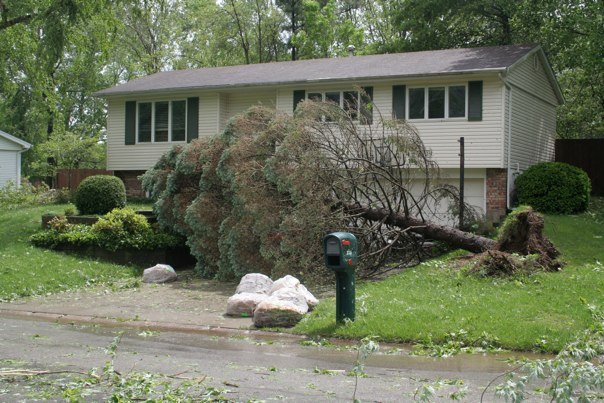 My children keep me in touch with what’s new in cyber culture, at least that corner of it that they take an interest in. Recently my eldest, who is getting ready to head of to Azerbaijan for 27 month’s of Peace Corps service, made me aware of “First World Problems” – things that people complain about on Facebook, twitter, etc. that would be unrecognizable as problems to most people in the world. My favorite so far is this one: “I could have seen Captain America today, but I had a flying lesson, and another tomorrow, so this is what it feels like to have no free time.” Another good one is this: “I have too much money to qualify for financial aid at my college.”

So when my wife and I announced to the children a couple of weeks ago that we needed their help to clean out our garage, which has served as a storage area for the past seven years, my son observed that having so much stuff that we can’t get either of our cars into our two-car garage is one of those first-world problems.  How many people around the world would love to have that kind of problem?

As I have been thinking about this series on the psalms that Darkwood Brew has undertaken this summer, and especially the framework provided by the scholarship of Walter Brueggemann, it has gradually dawned on me that there is something of a first-world bias at work in this project.  That shouldn’t come as a surprise, since no one operates with out bias, and we are all, I suspect, first-world folks.  But it’s always helpful to be aware of our biases.  Please don’t hear me complaining, or being superior.  I’m as first-world a anyone.  The photo above is of one of my first-world problems: a tree that fell on one of (one of!) my cars in a storm three years ago.  As it turned out, it didn’t even do any real damage to the car, but it did take an afternoon of manual labor (!) to clean up.

The bias in the case of this series on the psalms, I think, is in the categories that Dr. Brueggemann gives us: orientation, disorientation, and new orientation, which are understood to mirror the human experience.  To be more precise, the bias lies in the order in which we are considering these categories, and the presumption that orientation is our starting point.  In his book The Message of the Psalms, Brueggemann assumes that the default mode of human experience is what he calls “seasons of well-being that evoke gratitude for the constancy of blessing.”  This status quo is sometimes challenged or interrupted by crises of one kind or another.  Our crises, in turn, can be addressed by the surprising grace of God in the midst of grief and despair.

While this model is almost certainly true for many first-world types (though by no means all!), I suspect that for the large majority of people in the history of the world, and in the world today, the default is not well-being but crisis.  Psalm 112 that we consider this week represents for them not a reflection of their normal, day-to-day reality, but a vision of the world as it ought to be, as they can only hope it might someday be for them.

As we progress through this series, let me suggest that we consider another conceptual framework to place alongside the one we are using (the one that works for us): disorientation – new orientation – orientation.  This is not as tidy or satisfying as Brueggeman’s because it doesn’t have the double movement he talks about.  That’s because – I would suggest – orientation is never really fully achieved in this life time.  It’s what theologians call an eschatological reality.  But the new orientation, which for Christians has its source in the resurrection of Jesus Christ, anticipates and points the way to genuine, lasting orientation in the presence of God.  This isn’t just “pie in the sky by and by,” though. It’s a future reality that has already broken into our present in Jesus.  It’s the “new normal” which God intended for us from the beginning and toward which the Holy Spirit draws us in our life of faith.