God blessed them saying, “Be fruitful and multiply and fill the waters in the seas, and let the birds multiply on earth.” Genesis 1.22 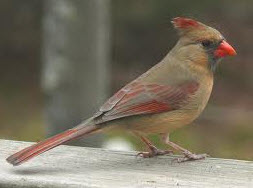 From my window every morning this Springtime I get to see the birds of my neighborhood live out this blessing. I feel sorry for the female cardinals, jays, hatches, robins, and occasional duck trying to find a quiet moment to eat without some guy hitting on her. Yesterday, one particular female cardinal was at my patio door, staring in, almost begging me to let her sleep on my couch so as the guys would leave her alone. I told her, “Hey. Don’t look at me. Blame God for your lack of sleep these days. God’s the one who thought all this copulating by birds would be a good idea.” She did not seem impressed, as she flew away with two more guys tearing the skies after her…

So all this Springtime fornication by birds in my backyard is just a living out of the blessing God gave them in Genesis. It’s funny, but I remember this text very clearly from my youth, but it involved the fish. As a child my grandfather liked to take the family for lunch on Sunday afternoon after church. In the Spring and Summer we would go to a favorite restaurant of his in Superior, WI (my grandfather lived in Duluth, MN, but apparently you could not get good prune whip in Minnesota), and then take us for a drive over to the Brule River fish hatchery to look at all the trout.

Inside all those troughs were thousands of little trout, eating, growing, and waiting to be released into Wisconsin’s rivers to provide food for the many predators, including humanity, that feasted on such fish. But Wow! Could those fish multiply! It was always so tempting, especially if Saturday had been a rather unsuccessful fishing day, to reach my little ten-year old hand into the bin, and pull out a nice fat rainbow trout. Needless to say, grandmother did not approve of that type of behavior, so I always left the fish hatchery empty-handed too.

Later, as I learned in my biology classes, I began to see that birds and fish serve many purposes in God’s world, but the primary one is is to feed other flora and fauna. Mostly fauna. Like me. (I love birds and fish. A grilled trout, freshly out of the stream, seasoned with a hint of lemon is truly sublime. And roast turkey? Well, let’s just say that why God made turkeys.) That’s the sad fact about the fecundity of the birds and fish God made on Day Five. They are on the lower end of the food chain, save for a few species of predators like hawks and sharks. But although God intended these birds and fish for food for other species, there is still is beauty and grace that birds and fish add to our world…they are more than food, they are often partners in own living and growing on this planet. 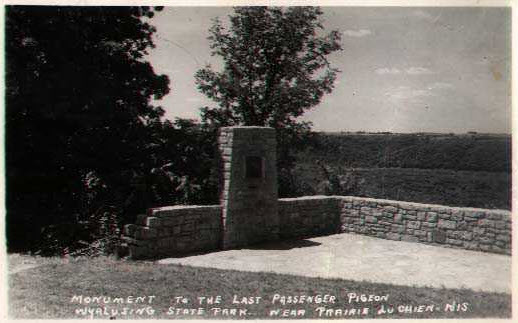 For one species to mourn the death of another is a new thing under the sun…But we, who have lost our pigeons, mourn the loss. Had the funeral been ours, the pigeons would hardly have mourned us. In this fact, rather than in Mr. Dupont’s nylons or Mr. Vannevar Bush’s bombs, lies our objective superiority over the beasts. (from Sand Country Almanac, 1949)

What Leopold noticed that day was that humanity had a role in the world, and it was not to destroy species. Rather, we are the pray-ers, poets, lovers, and play-ers in this world. Humanity is the species that remembers the past as more than a biological impulse, and who envisions a future where enmity and strife fade into insubstantial mist. Lutheran theologian Robert W. Jenson once remarked, “I don’t know who Adam and Eve were, but apparently they were the first humans who prayed.”

Scott Frederickson, Ph.D., is a Lutheran educator and writer who regularly blogs at PrairieTableMinistries.blogspot.com.