Every Matter Under Heaven

The book of Ecclesiastes (along with the Sixties band The Byrds who quote from it in their song “Turn! Turn! Turn!”) reminds us that seasonality is a foundational component of life on planet Earth.  “For everything there is a season.” If we eliminate a sense of seasonality to our lives, might we also be cutting out something foundational about our experience of life itself?

If I had my druthers, healing would always be in season and killing never would be.  It would always be a time to build up and you would never need to tear down anything.  The time would always be right for laughing and dancing. Weeping and mourning would never be in season.  I wonder how our experience of life would change if we set down our fantasies of finding some sort of permanent state of bliss and embraced its actual rhythm and flow.

When I was growing up, I never saw my parents argue.  I’m sure they did argue, but they never argued in front of my brother and me.  They probably figured that it wasn’t good parenting to argue in front of their children, and since they loved us dearly, they chose to handle their arguments anywhere but in front of us.  Yet as loving as this approach may have been, their approach had unintended consequences.  I remember getting to my first-ever argument with a girlfriend, for instance.  I had no idea how to argue with a girl friend, so I did it poorly. 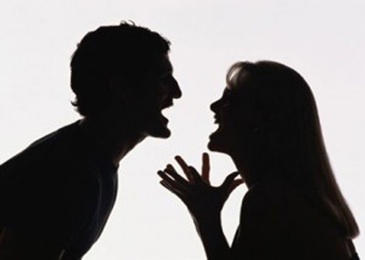 Worse, since I’d never seen my parents argue I just assumed that if you argued with a girlfriend it must mean that your relationship was over.  So in the midst of our argument, I was mentally writing the whole relationship off.  I don’t know what your experience has been, but I’ve found that arguments never go well if you’re busy writing the other person out of your life as you argue!

Happily, I’ve now embraced the fact that human relationships have certain seasonality to them.  I’ve learned that just because you’re experiencing a period of doldrums or conflict doesn’t mean that the relationship is going south.  Sometimes, in fact, those periods are incredibly productive.  They’re part of growing into each other, rather than growing apart.