The original vision of Darkwood Brew was that our viewership would not simply be viewers but participants and that some participants would even become leaders in the Darkwood Brew community – including those who live well beyond Omaha, NE, where Darkwood Brew gathers physically.  Vision has definitely become reality. And it just became even more real.

We have realized this vision in a wide variety of ways since our inception – from our live chat during Sunday evening episodes, to our lively Facebook page discussions, to the administration of our Sunday re-broadcast by Brewer Ian Lynch, to various Skype Guests such as Kimberly Knight and Michael Piazza, to our weekly bloggers, who now come exclusively from our Darkwood Brew community (Ian, Cynthia Astle, Leslie Murrell, Scott Frederickson, and Mary Ann Folchert).

Last year we upped the ante, putting our money where our mouth is, when we hired our first professional position from among the Darkwood Brew community: our web geniuses, Rick Rigdon and Yisrael Bisman of Zubha Webworks of Spokane, WA.  Rick and Yisrael were responsible for the major redesign of our site that took place last winter and continue to manage our site.  Incidentally, congrats go out to Rick and Yis, as they are about to be married thanks to Washington State’s enlightened vote on same-sex marriage!   (Read all about Rick and Yis and their upcoming wedding here.)

Now, I am pleased to announce the next Darkwood Brew participant/leader, who will serve as our Social Media Marketing Director: Wil Ranney.  Wil – known as IowaWil to our chat community – has been a Brewer for over a year, tuning in from Waverly, IA. 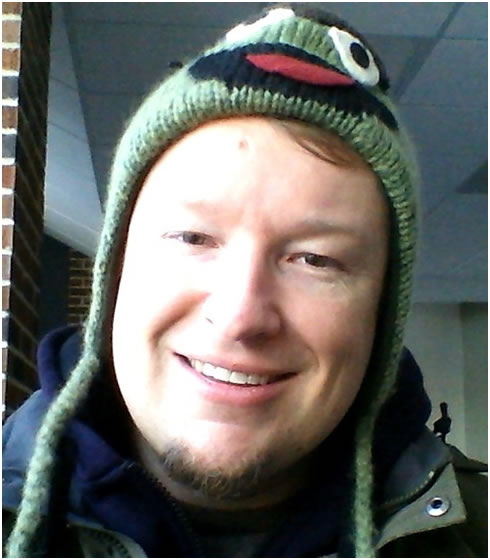 Given Darkwood Brew’s growth in the last two years, we find it necessary to have a professional on board who actually knows what they’re doing rather than relying on the random and occasional efforts of people like myself to manage all the new and emerging social media platforms (Note: The single exception to us flunkies was Chris Heuertz who helped us HUGELY during our “For the Love of God” series and set things up for Wil to take the reins).  People like me, Chris Alexander, and Scott Griessel will still be involved – and Rev. Alexander will remain as our Social Media person during the live episodes – but  Wil will add a deeper, more consistent layer of communication and outreach throughout the week and across multiple platforms.

Says Wil, “I believe there are countless spiritual seekers who would appreciate the intellectual-mystical-alternative-worship-experience offered by Darkwood. It’s my job to meet these people online – where they are – and invite them into this crazy family of faith.”

Wil is originally from Columbus, OH, and currently resides in Waverly, IA with his wife LeAnn, and two cats, Ami and Feli. He first heard about Darkwood Brew when I gave a presentation at Wartburg College in Waverly in January, 2012. Since then Wil has been a regular participant in Darkwood Brew. He calls Darkwood Brew his “online spiritual home.”

For the past two years, Wil has been an“Online Ministry Evangelist,” helping churches to take their ministries online through websites and social media. He has worked with UCC, UMC, ELCA and ABC Churches, as well as non-profits and campus ministries. He has an insightful blog that can be found at URLoved.com. He will be commissioned as a Deacon in the United Methodist church this June. Wil has a Masters of Practical Theology from Methodist Theological School in Ohio, as well as Bachelors in IT from DeVry and Bachelors in Business Administration from Bowling Green State University. His last church position was as the Director of Discipleship, Technology, and Communications for Collegiate United Methodist Church and Wesley Foundation in Ames, IA.

Wil can be found online @wranne on twitter and wranne on skype; www.facebook.com/wranne on facebook. His blog can be found at URLoved.com, and at wilranney for google+ or gchat.