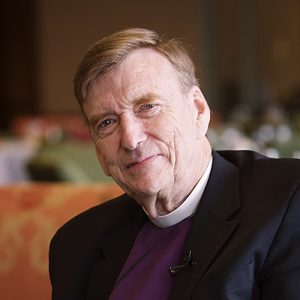 John Shelby Spong, whose books have sold more than a million copies, was bishop of the Episcopal Diocese of Newark for 24 years before his retirement in 2001. His admirers acclaim him as a teaching bishop who makes contemporary theology accessible to the ordinary layperson — he’s considered the champion of an inclusive faith by many, both inside and outside the Christian church. In one of his recent books,The Sins of Scripture: Exposing the Bible’s Texts of Hate to Discover the God of Love(San Francisco: HarperOne, 2005), this visionary thinker seeks to introduce readers to a proper way to engage the holy book of the Judeo-Christian tradition.

A committed Christian who has spent a lifetime studying the Bible and whose life has been deeply shaped by it, Bishop Spong says he was not interested in Bible bashing. “I come to this interpretive task not as an enemy of Christianity,” he says. “I am not even a disillusioned former Christian, as some of my scholar-friends identify themselves. I am a believer who knows and loves the Bible deeply. But I also recognize that parts of it have been used to undergird prejudices and to mask violence.”

A visiting lecturer at Harvard and at universities and churches worldwide, Bishop Spong delivers more than 200 public lectures each year to standing-room-only crowds. His bestselling books include Rescuing the Bible from Fundamentalism, A New Christianity for a New World, Why Christianity Must Change or Die, and Here I Stand. 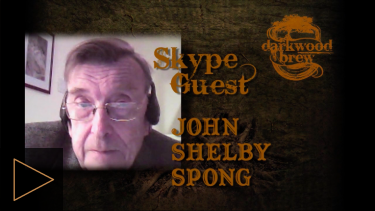