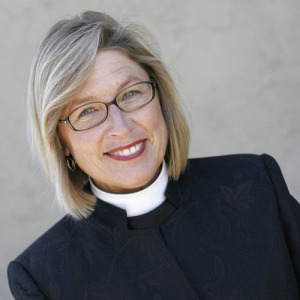 The Rev. Anne Sutherland Howard is Executive Director of The Beatitudes Society, a new organization building a national network for progressive Christian seminarians.

Before coming to The Beatitudes Society in September, 2006, she served as Associate Rector at a church well-known for its prophetic social justice teaching, preaching and action, Trinity Episcopal Church in Santa Barbara, California. A seasoned and accomplished preacher, she is now Preacher-in-Residence at Trinity, and is the author of “Claiming the Beatitudes: Nine Stories from a New Generation” (Alban, 2009).

Prior to ordination, she was a newspaper reporter and later Executive Director of the Interfaith Center to Reverse the Arms Race at All Saints Church in Pasadena, CA. Since ordination in 1988, she has served as Associate and Interim Rector at All Saints by-the-Sea, in Santa Barbara and as Canon to the Ordinary for Bishop Fred Borsch in the Diocese of Los Angeles, and also as Director of Mt. Calvary Invites, an adult education program of Holy Cross Monastery in Santa Barbara.