An Order Of Love, With A Side of Kindness

“You only have I known of all the families of the earth; therefore I will punish you for all your iniquities.” Amos 3,2

You ever wondered if there is a thing called “justice?” People talk about it all the time. Justice has motivated countless youth to wander the globe in search of it, often forsaking even the basics of personal hygiene. Everybody talks about “justice,” but I wonder if it even exists?

IN-justice, well that seems to exist. I mean, even just a casual perusal of a newspage can show you pictures, video, and for those old-schoolers–text, about the injustices we have going on these days. But does “justice” exist? We should treat each other nicer, we could be more moderate in our expenditures, we may need to slow down a bit–but we won’t. We abandon the “should-a, could-a, would-as” and move straight to injustice. (I remember talking to Wallace Alston, a Presbyterian theologian and pastor, on the Lutheran view of original sin and original blessing. I told him, “In my tradition, we may have been created without sin, but we’re going to do it anyhow, so why worry about it?” “That’s why I love Lutherans,” he said.)

Basically, then, I am at the point of believing that IN-justice is the normal course of events. That is, God is going to punish us for our iniquities–get over it. Amos, as well as every other prophet all the way to Frank Schaeffer,  is right in pointing out God’s displeasure with the normal course of events we call a “day.” We can talk all we want to about people who are trying, and wanting to make a difference, but I’ve been marching for peace since I was 10, and if change is going to come, apparently, it will take longer than 40 years. So, when Amos says God will punish us for our iniquities, I can see where Amos is coming from…

But I can’t. Because as much as I think IN-justice is the norm, it’s been that way for a long time now, and God hasn’t done anything much about it since–at least mythically–the Flood. And maybe that’s the point. Maybe we’re created to “serve” IN-justice? That is, not that we help and accessorsize IN-justice, but we serve it be bringing justice to the IN-justice? That bringing of justice in unjust situations might be exactly what God created us for in the first place. We are the ones God blesses with generosity, patience, faithfulness, and hope. Maybe we serve IN-justice those dishes? Maybe the point of our lives is not for us to acquiesce to IN-justice, or resign ourselves to the sway of IN-justice, but rather we serve it with gifts of freedom, equality, love, and care?

For those then who follow Jesus as the Christ of God, this serving of IN-justice with the gifts of the Spirit leads down some scary roads. Oftentimes, such serving leads us into homes that look like this: 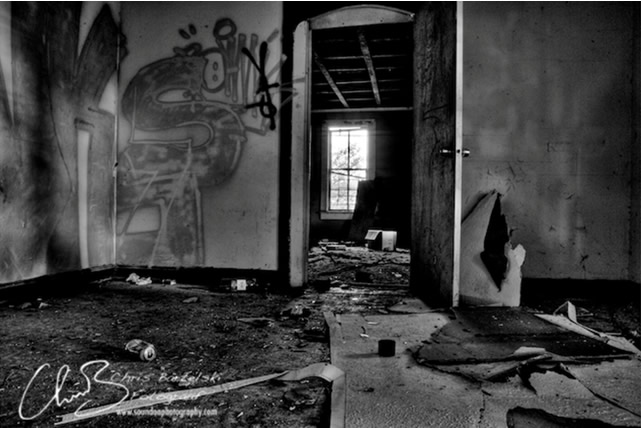 Not to the type of place where we usually think of “justice.” If we take this Jesus-guy seriously, serving IN-justice with the gifts the Spirit of God has given us will get us dead. Seriously dead. But here’s the irony as Amos points out: you are going to be dead either way. Either God will get you, or IN-justice will suck the life out of you. But you will be dead.

Now, I am not suggesting that there is only one way to battle IN-justice. Some battle it by funding forces that oppose IN-justice. Some battle by rolling up the sleeves and digging in or cleaning it out. Bruce Springsteen famously said, “I’m a musician. I sing about it.” (Here’s a little ballad Mr. Springsteen wrote a few years ago about IN-justice. Hometown) We all have different ways of battling IN-justice. We probably won’t win. But, for a God who died on a cross, not winning may not be the worst thing…

Scott Frederickson, Ph.D. is a Lutheran theologian and educator. He regularly blogs at “Thoughts from the Prairie Table.”