An electrifying way to listen …

Another gift to be found in the Dark Wood was widely recognized by the ancients, but is perhaps the least understood in modern times.  The purpose of ancient myths and stories was not to teach us history or science, but to help map out the “world within the world”–the invisible geography that humanity may use to avoid life’s dead ends and lead it to a place of fullness and freedom.  Because the geography is not visible to the naked eye, traversing it is always a bit like journeying into the darkness.  Yet just as dark colors placed next to bright ones make the brightness more pronounced, so our journey through the Dark Wood need not be a depressing one.  In fact, it may be downright electrifying.

In every mythology in the ancient Near East, the elements of lightning and thunder are depicted regularly, and in similar fashion:  as instruments for conveying the voice of the highest deity.  The imagery is the same whether one is examining the monotheistic, Yahweh-worshiping culture of ancient Israel or the polytheistic, Marduk-worshiping culture of Mesopotamia. 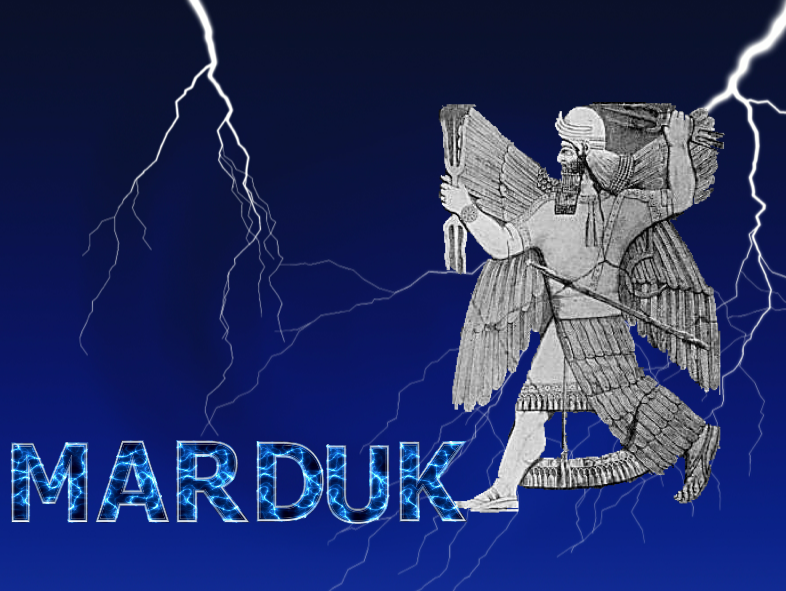 It is the same for Zeus among the Greeks (That’s not a football in his hand), 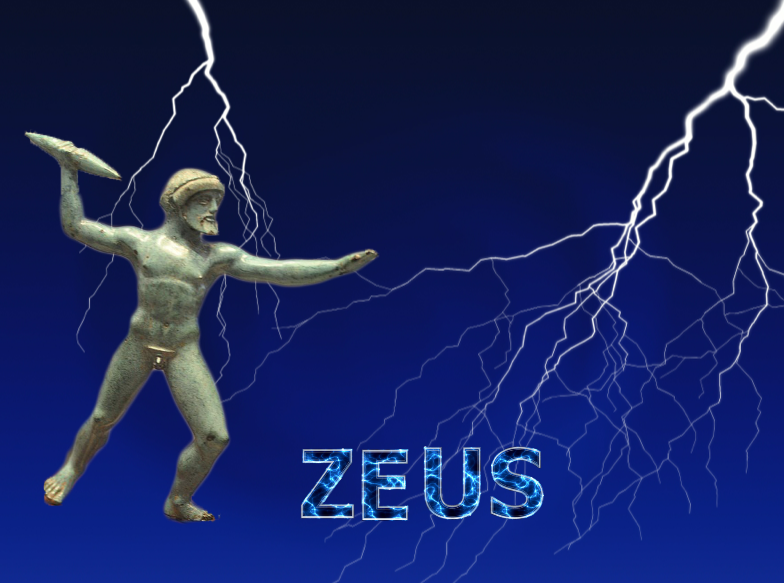 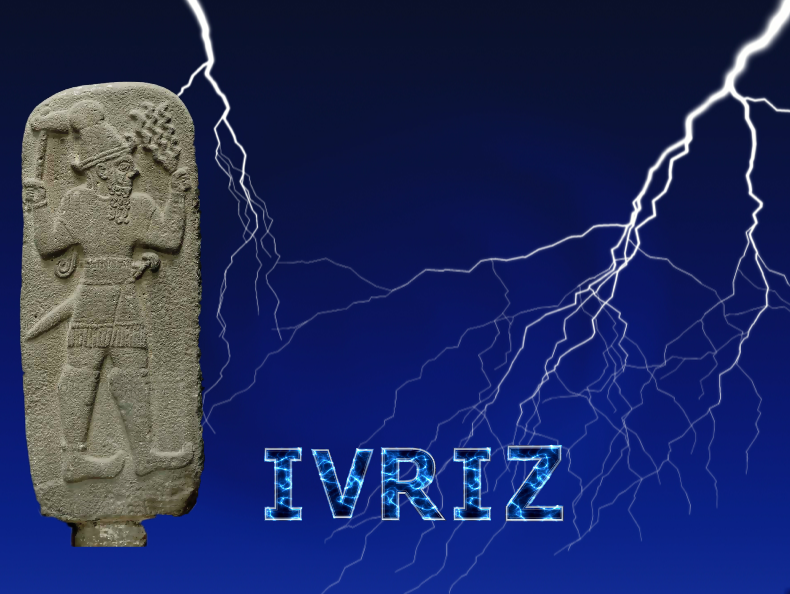 and Baal among the Canaanites. (His wooden lightning bolt and thunder clapper are long gone.) 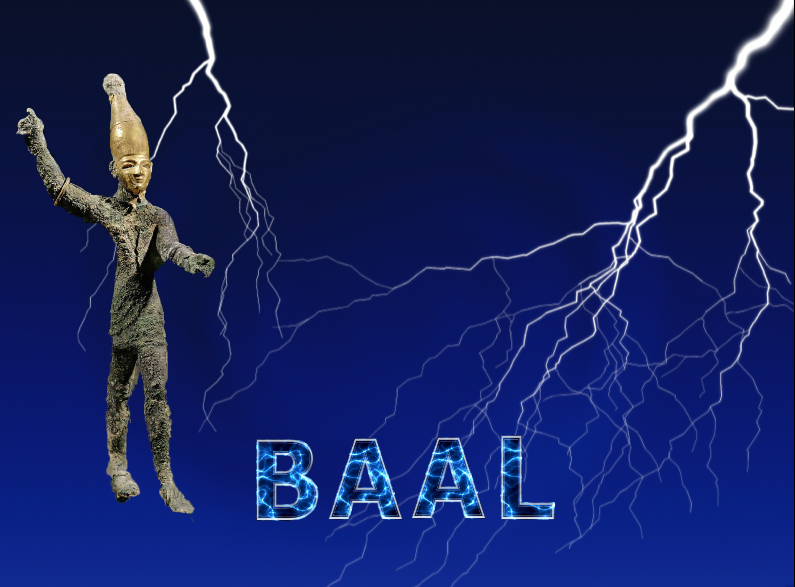 In their artistic representations as well as their literature, each of these cultures envisions their most high (or only) deity speaking to us most centrally through lightning and thunder.

Here is one of many examples from the Hebrew scriptures (Job 37:1-5):

At this my heart pounds and leaps from its place.  Listen!  Listen to the roar of God’s voice, to the rumbling that comes from God’s mouth.  God unleashes God’s lightning beneath the whole heaven and sends it to the ends of the earth.  After that comes the sound of God’s roar; God thunders with God’s majestic voice.  When God’s voice resounds, God holds nothing back.  God’s voice thunders in marvelous ways; God does great things beyond our understanding.

Why are thunder and lightning so commonly depicted as conveying the voice of the divine?  The conventional assumption has long been that “primitive” cultures invented such myths to explain the origin of thunder and lightning.  This assumption is more the product of modern scientific imagination than mythological imagination.  The purpose was not to explain where lightning and thunder come from, but to explain where the voice of God comes from, and more importantly, how it comes to us.

Have you ever experienced a sudden flash of insight or awareness that rocked your whole world?  Why do we describe these moments as “sudden flashes” where there is nothing to see?  Why do we claim they “rock” our world when the actual world around us remains stable?  Like the ancients we, too, are forced to convey interior phenomena using concrete, external metaphors.  What the ancients were trying to tell us, which we moderns are to “sophisticated” to realize, is how the deity’s voice is conveyed to us.  When the ancients spoke of the deity flashing lightning and chasing it with claps of thunder, they meant that the voice of the divine often comes through momentary flashes of intuition or awareness that trigger sensations to well up within us like rolling thunder.

What are the moments in your life when “the light bulb came on,” or you had an “ah-ha” moment or a “moment of clarity” that impacted your life’s direction in some way?

While many can find a handful of times when they’ve experienced flashes of insight, most of us find the thunder easier to locate.  The same is true in an actual storm:  we may miss the lightning entirely, as it’s brief, soundless, and often comes from a distant place, but even quiet thunder is hard to miss.  Inwardly, even if we overlook the inner realization that triggers them, we sense the ongoing reverberations caused by the lightning, sometimes for years.  I cannot remember the specific moment when I first realized that I wanted to marry my wife, for instance, but the reverberations have continued to thunder for twenty-three years and counting.

Nearly every religion and culture on the planet has its way of stating that one of the best ways to hear the voice of the divine is to pay attention to the “lightning and thunder.”  In the Dark Wood of our interior journey, when the lightning flashes and thunder reverberates powerfully and repeatedly in the same location, it is a good sign that we are to move in the direction it indicates.  We feel drawn to move in this direction because it calls to our deepest self and feels most natural.