‘Both read the Bible day and night,But thou read’st black where I read white.’
– William Blake

‘I am astonished that you are so quickly deserting the one who called you to live in the grace of Christ and are turning to a different gospel–which is really no gospel at all. Evidently some people are throwing you into confusion and are trying to pervert the gospel of Christ. But even if we or an angel from heaven should preach a gospel other than the one we preached to you, let them be under God’s curse! As we have already said, so now I say again: If anybody is preaching to you a gospel other than what you accepted, let them be under God’s curse!’ – The Apostle Paul, Galatians 1:6-9 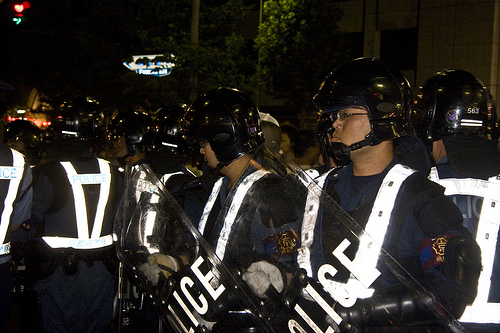 In my journey following Jesus, I’ve lived under two sides of Galatians, having it used as a weapon and as a salve. Perhaps three sides, using it as a weapon myself. I grew up in a positive, well-meaning, but (in retrospect) fairly fundamentalist home. Somewhere along the line we got a subscription to The Berean Call, a heresy-hunting newsletter (now-website) that sees apostasy around every corner. It is ran, appropriately enough, by a man named Dave Hunt. Month after month Hunt and his associates would ‘expose’ this or that ministry, not (usually) uncovering scandal, but variance in belief as compared to their rather idiosyncratic premillenial, dispensational beliefs. (If those words mean nothing to do, count yourself lucky! Jargon jargon jargon…)

I think beliefs matter, and it seems evident from the above-quoted Galatians passage that Paul does too. But the phrases different gospel and pervert the gospel and under a curse seemed to roll off Hunt’s tongue all-too-frequently and easily as he lambasted contemplatives, environmentalists, and ‘liberals’ of all stripes.

(In fairness it has to be noted that some of Hunt’s targets are also my theological foes – like Word of Faith preachers. But in this case, ‘the enemy of my enemy is my friend’ seems like a poor way to live my life, not exactly the Good News of reconciliation and grace…)

Assuming that they knew the starting-point of The Gospel, the Berean Call lashed out monthly from their place of security.

And I’m sad to say, as a kid and young teen, I perpetuated the same venom I read, clubbing non-six-literal-day creationists, or those who allied themselves with other ‘liberal agendas.’ (Praise Jesus for grace and growth – thanks be to God!)

All of this would come back to bite me in the behind years later, when attacks like this one against my character, my theology, and my friends would become all-too-common. Now the gun of ‘another gospel’ was loaded and aimed square at me.

In light of the wars of words waged between people who are ostensibly of faith, hope, and love, are Paul’s words in Galatians (as well as many words warning of apostasies and falling away throughout the New Testament) irredeemable? Are they irretrievably ‘fightin’ words,’ having no place in our present, more pluralistic age?

I don’t think so. About 12 years ago, I began hearing Paul’s words here in a different light. I began hanging out with an egalitarian, contemplative, decentralized community of Jesus-followers – what some people these days call “house church” or “simple church” or “organic church.” Lord knows we had our problems, but one of the things we got right, in my opinion, was a certain understanding of a three-fold passion of Paul. There are many other nuances to Paul, of course, and I always watch current scholarship with interest. At the risk of over-simplifying, though, I want to identify a rubric through which Paul’s words in Galatians 1 can be read, not as a call to arms but a manifesto of freedom. In essence, I think Paul’s animating passion (exemplified loud and clear and perhaps with the least finesse in Galatians, regarded by many to be his first letter) can be distilled as

These days, Paul gets a bad rap. Misogynist, anti-semite, prototype for today’s heresy-hunting ‘ministries.’ These charges should be examined carefully and not dismissed lightly. But for me, in this house church community, I began to see Paul’s anathemas as not against the diversity of those he happens to see things differently than, not against his Jewish faith, but against life-denying, soul-crushing religion that seeks to impose itself between sincere people and the immediacy of God’s vibrant availability in the here-and-now.

It strikes me that Paul’s words, often used to strike others by today’s heresy-hunting watchdog groups, are actually intended to correct the cold-hearted legalism present in said groups! Ne’er has there been a Berean Call-type ‘ministry’ that doesn’t heap up a ton of required beliefs and/or practices upon the burdened souls of their adherents. Lord, have mercy.

Before his opening preamble (which we today call “Chapter 1”) even comes to a close, Paul is revealing his heart beneath the fiery rhetoric: Christ, God’s son, “revealed in” Paul, turning him from his violent past as a religious terrorist to a wild-eyed lover, sharing a full-orbed Gospel of reconciliation. He alludes to three years spent in Arabia, communing with Christ within, and how the inner guidance he receives direct from Spirit predisposes him to even stand up to some of Jesus’ earthly companions should they preach this soul-crushing religion he’s grown to despise. (You can read the full first chapter of Galatians, which contains all this and more, right here.) And – perhaps most exciting of all – he hints that the impartation of this same deep inner knowing of God in Christ within can be ours, given in grace.

Like most of Holy Writ, Galatians is a volatile letter. It can be used as a thoughtless club to beat those with whom we happen to disagree, or it can be read in community – face-to-face and right here on Darkwood Brew – with the aim of confronting our own legalisms and more fully embracing freedom and grace. It’s the latter sense in which I and others will be exploring Galatians with you this season. Let the discussion begin!